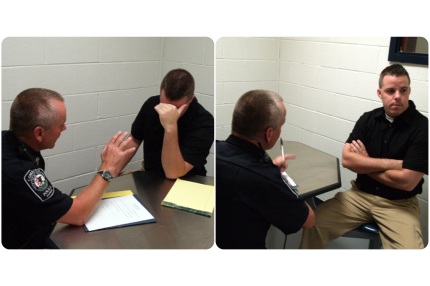 In State v. I.B., the WA Court of Appeals decided a juvenile suspect’s shaking of his head in the negative after police asked him, post Miranda, if he was willing to talk was an unequivocal assertion of his Fifth Amendment rights.

Here, 15-year-old defendant I.B. was taken into custody as a suspect in a Residential Burglary crime. While being interrogated, I.B. shook his head in the negative after police asked him if he was willing to talk. Nevertheless, police continued their questioning and I.B. made inculpatory statements against his best interests. The trial court suppressed I.B.’s statements at his 3.5 Hearing and concluded that I.B’s shake of the head signaled an assertion of his right to remain silent. Later, I’B’s case was dismissed. The State appealed the trial court’s suppression.

The issue before the Court of Appeals was whether I.B.’s shaking his head in the negative after being asked if he was willing to talk was an unequivocal assertion of the right to remain silent. The court decided it was.

The court reasoned that the Fifth Amendment to the United States Constitution provides that “[n]o person … shall be compelled in any criminal case to be a witness against himself.” To counteract the inherent compulsion of custodial interrogation, police must administer Miranda warnings. Miranda, 384 U.S. at 479. Miranda requires that the defendant “be warned prior to any questioning that he has the right to remain silent, that anything he says can be used against him in a court of law, that he has the right to the presence of an attorney, and that if he cannot afford an attorney one will be appointed for him prior to any questioning if he so desires.” Once a suspect invokes his right to remain silent, police may not continue the interrogation or make repeated efforts to wear down the suspect.

Here, I.B. unequivocally invoked his right to remain silent. Nothing in the circumstances leading up to I.B.’s invocation rendered his head movement ambiguous. The police officers read I.B. his Miranda rights and I.B. understood his rights. Both officers testified they understand shaking the head side to side to communicate the word ‘No.’ This affirmative conduct unambiguously signaled LB.’s desire for the questioning to cease. Consequently, the trial court properly suppressed LB.’s custodial statements.

My opinion? Good decision. In the context of interrogations, shaking one’s head side to side means no. There’s no other reasonable interpretation.