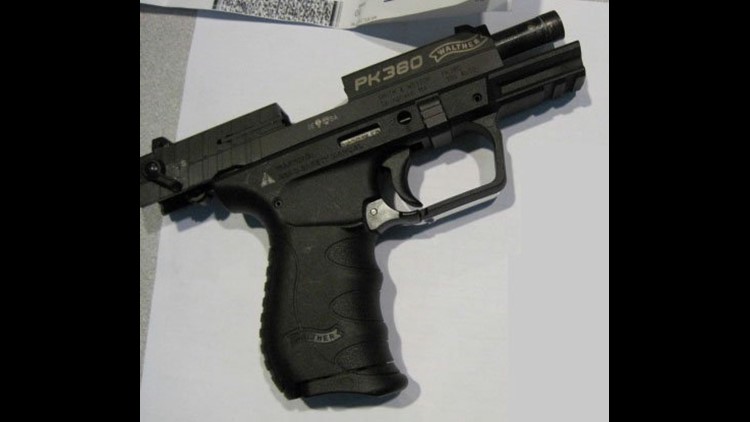 WA Supremes gave an interesting opinion touching upon the defendants who were allegedly involved in the Lakewood police officer shootings from last year. In short, the Supreme Court could not reach a 5-4 majority opinion on the issue of whether the State lacked evidence to support the defendant’s convictions for Possession of a Stolen Firearm. However, the State reached a majority “No” decision on the issue of whether Exceptional Sentence applied to this case.

The underlying facts of State v. Davis are notorious and undisputed. On Sunday, November 29, 2009, Clemmons entered a coffee shop just before 8:00 a.m. with two handguns and began shooting at four Lakewood police officers, fatally wounding three. The fourth officer struggled with Clemmons and shot Clemmons once in the side, but Clemmons wrested the fourth officer’s gun from him, fatally shot him, and left with the stolen gun.

While on the run, Clemmons contacted defendants Eddie Lee Davis and Letrecia Nelson shortly after the murders. Clemmons went to Davis’ home, requested a ride to a house in Auburn, and said he had been shot while killing four police officers. Davis drove Clemmons to Nelson’s home. Nelson let Clemmons and Davis inside. Clemmons told Nelson he had killed four police officers, been shot in the process, and stolen one officer’s gun.

At Clemmons’ request, he was given fresh clothing and help treating his gunshot wound. Nelson put some clothes and the stolen gun in a shopping bag that was left on a counter. Just before leaving, Clemmons asked where the gun was. Davis replied that it was in the bag on the counter and gave the bag to Clemmons. He left the home with the gun, and remained a fugitive from justice. On December 1, 2009, 2-3 days after the incident, Clemmons was gunned down by a Seattle Police Officer who pulled his car over.

Based on their actions following that contact, Davis and Nelson were charged by the Prosecutor and convicted at jury trial of Rendering Criminal Assistance and Possession of a Stolen Firearm. Davis was also convicted of Unlawful Possession of that self-same firearm. The conviction was appealed, and found its way to the WA Supreme Court.

The Court addressed the issues of whether (1) sufficient evidence supported Davis’ and Nelson’s convictions relating to possession of a firearm, and (2) whether the exceptional sentences for rendering criminal assistance factually were legally justified.

1. UNLAWFUL POSSESSION OF A FIREARM

For either type, to establish possession the prosecution must prove more than a passing control; it must prove actual control. The length of time in itself does not determine whether control is actual or passing, and whether one has actual control over the item at issue depends on the totality of the circumstances presented.

In light of the totality of the circumstances, the Court was convinced that the State presented sufficient evidence to support a finding that Clemmons temporarily relinquished control over the stolen gun to Davis and Nelson while his wound was treated and he changed clothes. There was no testimony that Clemmons made any specific requests or orders as to what should be done with the stolen gun while he was at Nelson’s home, and he did not even know where the gun was until he was ready to leave about 15 minutes later.

t is reasonable to infer that someone else decided what to do with the gun and that the decision-makers were Nelson and Davis because Nelson retrieved the shopping bag and put the gun inside it and Davis immediately responded when Clemmons asked where the gun was. Furthermore, both Nelson and Davis retained the ability to take further actions as to the gun until the time Davis gave it back to Clemmons because they knew where it was and Clemmons did not. Therefore, the court believed there was actual control sufficient to establish constructive possession.

The Court answered “No” to the issue of whether the defendants should receive an exceptional upward sentence for their convictions. The Court said Exceptional Sentences are intended to impose additional punishment where the particular offense at issue causes more damage than that contemplated by the statute defining the offense. In that situation, the standard penalty for the offense is insufficient and an exceptional sentence based on an “aggravating factor” found by the jury remedies that insufficiency.

Here, the Court reasoned that, as a matter of law, the “aggravating factor” at issue cannot apply to Rendering Criminal Assistance charges.  Here, the “victim” was the public at large. However, Exceptional Sentences apply where there is “a destructive and foreseeable impact on persons other than the victim.” Because Rendering Criminal Assistance victimizes the general public, every member of the public is part of the victim class. There is no “other.” Therefore, the exceptional sentences imposed on Davis and Nelson were not legally justified.

The WA Supreme Court was highly divided on this issue. Justice Wiggins appeared to be the swaying vote. He concurred with the dissenting opinion that the evidence was insufficient to sustain Davis’s and Nelson’s firearm possession convictions. However, Justice Wiggins concurred with the majority opinion as far as the decision that the Exceptional Sentences imposed for Eddie Davis’s and Letricia Nelson’s convictions for Rendering Criminal Assistance were not legally justified.

Ultimately, the WA Supreme Court reversed the Court of Appeals and remand for further proceedings.