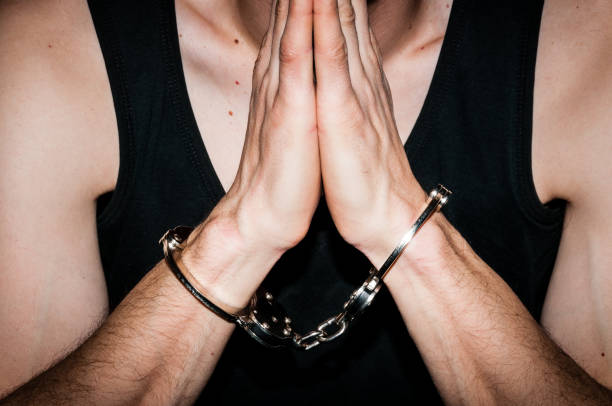 In Sause v. Bauer, the United States Supreme Court held that a police officer may lawfully prevent a person from praying at a particular time and place, such as when a suspect who is under arrest seeks to delay the trip to the jail by insisting on first engaging in conduct that, at another time, would be protected by the First Amendment.

Petitioner Mary Ann Sause filed this civil rights action under U. S. C. §1983, and named the Louisburg, Kansas, police department as the defendant/respondent in the lawsuit.

The centerpiece of Ms. Sause’s complaint was the allegation that two of the town’s police officers visited her apartment in response to a noise complaint, gained admittance to her apartment, and then proceeded to engage in a course of strange and abusive conduct, before citing her for disorderly conduct and interfering with law enforcement.

At one point, Ms. Sause knelt and began to pray. However, one of the officers ordered her to stop. She also claimed that officers refused to investigate her complaint that she was assaulted by residents of her apartment complex, and that officers threatened to issue a citation if she reported this to another police department. In addition, she alleged that the police chief failed to follow up on a promise to investigate the officers’ conduct.

Ms. Sause’s complaint asserted a violation of her First Amendment right to the free exercise of religion and her Fourth Amendment right to be free of any unreasonable search or seizure. The defendants moved to dismiss the complaint for failure to state a claim on which relief may be granted, arguing that the defendants were entitled to qualified immunity. The Federal District Court granted the motion to dismiss her lawsuit.

Ms. Sause appealed, however, the Court of Appeals for the Tenth Circuit affirmed the decision of the District Court, concluding that the officers were entitled to qualified immunity.

“There can be no doubt that the First Amendment protects the right to pray,” said the Court. “Prayer unquestionably constitutes the “exercise” of religion.” The Supreme Court also reasoned that at the same time, there are clearly circumstances in which a police officer may lawfully prevent a person from praying at a particular time and place. “For example, if an officer places a suspect under arrest and orders the suspect to enter a police vehicle for transportation to jail, the suspect does not have a right to delay that trip by insisting on first engaging in conduct that, at another time, would be protected by the First Amendment.”

Furthermore, the Court also reasoned that when an officer’s order to stop praying is alleged to have occurred during the course of investigative conduct that implicates Fourth Amendment rights, the First and Fourth Amendment issues may be inextricable.

The court ruled that in this case, it was is unclear whether the police officers were in Ms. Sause’s apartment at the time in question based on her consent, whether they had some other ground consistent with the Fourth Amendment for entering and remaining there, or whether their entry or continued presence was unlawful. The Court found that Ms. Sause’s complaint contains no express allegations on these matters. “Nor does her complaint state what, if anything, the officers wanted her to do at the time when she was allegedly told to stop praying. Without knowing the answers to these questions, it is impossible to analyze petitioner’s free exercise claim.”

Despite agreeing with the Government on this issue, the Supreme Court nevertheless reversed the judgment of the Tenth Circuit which dismissed Ms. Sause’s case and remanded her case back to federal court for further proceedings consistent with this opinion.