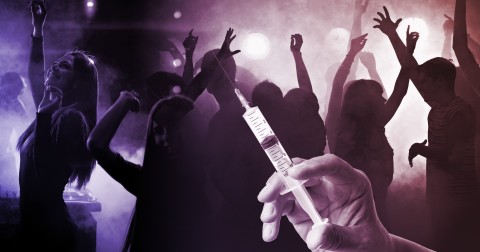 According to an article in the New York Times by reporters Megan Specia and Isabella Kwai, Britain has witnessed a disturbing spate of violence against women.

Apparently, women are being injected with drug-filled syringes at crowded pubs and nightclubs.  This is a variation of “spiking,” in which drugs are dropped into someone’s drink, a crime that often targets women. This phenomenon, called “needle spiking,” includes 12 incidents in Nottinghamshire. Police in Scotland are looking into similar reports.

Some who reported being spiked had effects “consistent with a substance being administered,” the police said in a statement.

According to the article, female students have made the majority of reports. However, some young men say they also have been victimized. The Nottinghamshire police say no other offenses, including sexual assault, have been linked to the reports of being injected. Also, there have been no known arrests for injecting someone. Regardless, authorities say they are stepping up patrols and working with local universities and hospitals to investigate.

But as these stories — and the fears surrounding them — have spread, young women have called for a boycott of clubs and also launched a petition calling for clubs to be required to search people on entering. To many women, the idea that they could be victimized by someone wielding a syringe at a nightclub is horrifying.

In England, concerns about drinks being covertly laced with drugs have long been an issue. A 2019 BBC investigation revealed more than 2,600 cases of drink spiking in England and Wales since 2015.

In Washington State, spiking someone else’s drink with drugs is illegal. It’s considered such a serious crime that it’s categorized as a Class B felony. In a 2016 study, researchers found that nearly 8% of 6,064 university students surveyed said their drinks had been spiked. Also, 1.4% said they’ve been the one spiking drinks or knew someone who did so.