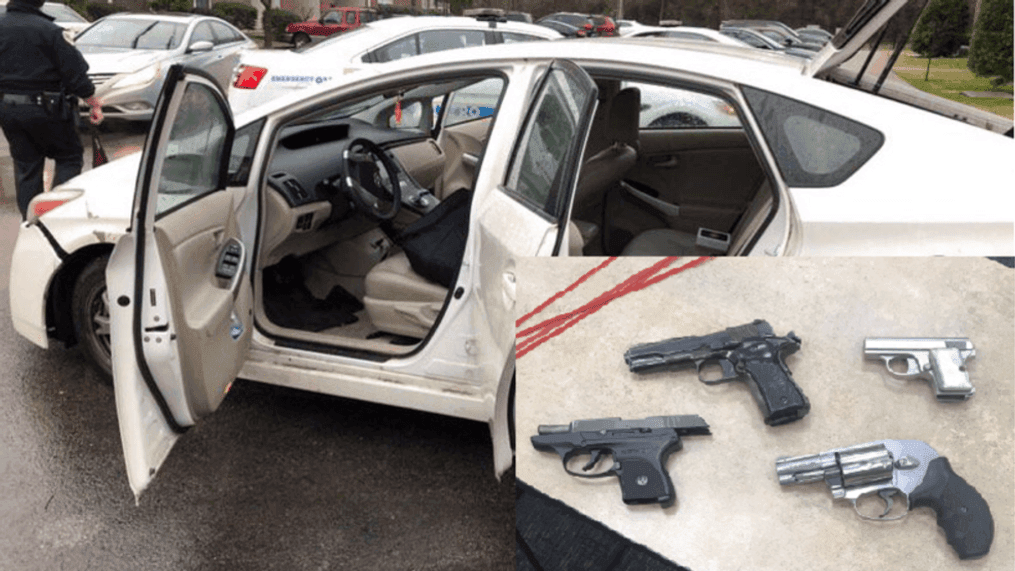 According to NBCnews.com, more guns are being stolen out of vehicles in many U.S. cities. New data analysis reveals this alarming trend as shootings rise nationwide, propelled in large part by firearms obtained illegally.

Journalist Melissa Chan reports that from 2019 to 2020, at least 180 cities saw a rise in gun thefts from vehicles. This now makes up the largest source of stolen guns, according to the nonprofit Everytown for Gun Safety. The study analyzed FBI crime data from 2011 to 2020, spanning up to 271 small-to-large cities across 38 states.

The nonprofit, which advocates gun violence prevention, found that in 2020, an estimated 77,000 guns were reported stolen in these 271 cities alone. Of those, more than half were taken out of vehicles — a stark difference from a decade ago, when the majority of gun thefts were from burglaries and less than a quarter were from cars, according to Everytown.

The trend can be seen in states and cities across the country. In South Carolina, gun thefts from motor vehicles climbed to more than 5,100 in 2021, from roughly 4,200 in 2019, according to the statewide data provided by the South Carolina Law Enforcement Division. In Hampton, Virginia, the number of motor vehicle larcenies in which a firearm was stolen jumped to 142 incidents in 2021, from 88 in 2019, Police Chief Mark Talbot said. Many of the stolen firearms have turned up at crime scenes.

While it’s too soon to definitively say what’s driving the shift, experts said it’s likely exacerbated by many factors, including a surge in firearm purchases during the pandemic. In 2020, the FBI conducted nearly 40 million firearm background checks, more than any year on record, according to the agency’s data. During that time, experts said, Covid also kept more people at home and made easier targets of unoccupied and less-used cars.

Please contact my office if you, a friend or family member are charged with a crime. Theft of a Firearm and other Firearm Offenses are debilitating felonies. Hiring an effective and competent defense attorney is the first and best step toward justice.