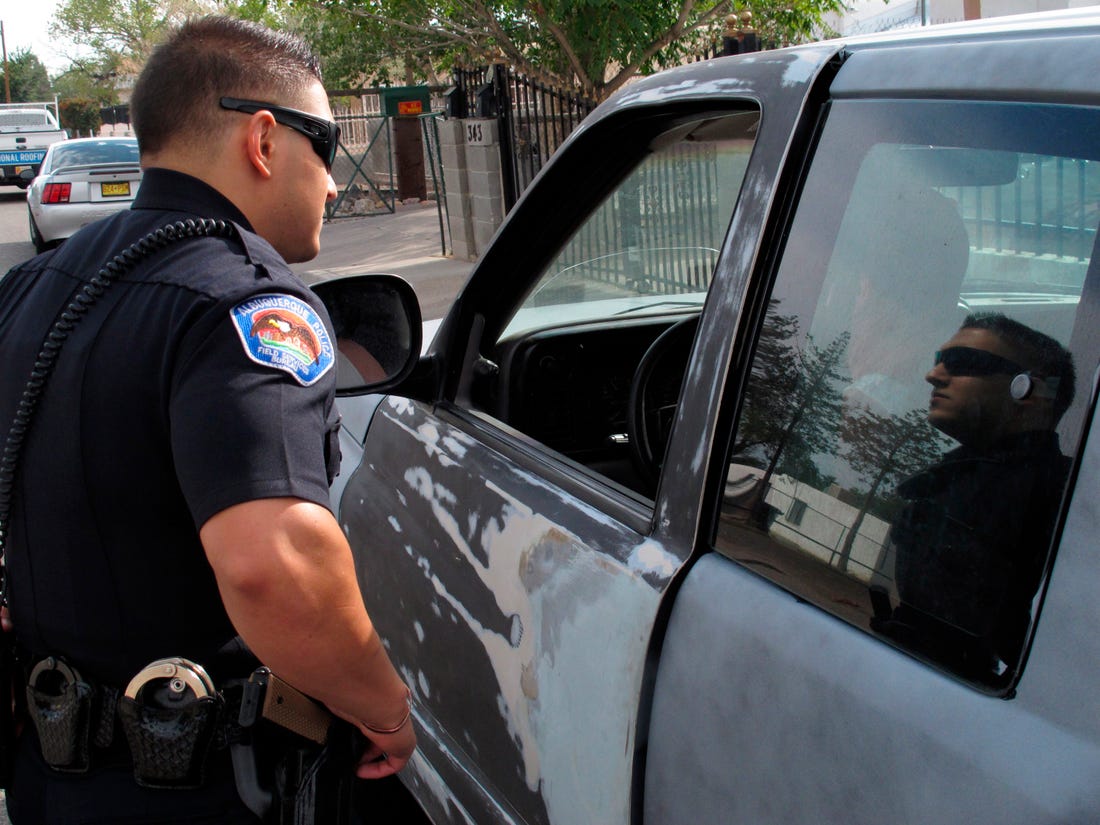 In Kansas v. Glover, the United States Supreme Court held that a police officer’s investigative traffic stop made after running the vehicle’s license plate and learning that the registered owner’s driver’s license has been revoked is reasonable under the Fourth Amendment.

A Kansas deputy sheriff ran a license plate check on a pickup truck, discovering that the truck belonged to respondent Glover and that Glover’s driver’s license had been revoked. The deputy pulled the truck over because he assumed that Glover was driving. Glover was in fact driving and was charged with driving as a habitual violator.

Justice Thomas delivered the majority opinion for the Court.

His ruling states that an officer may initiate a brief investigative traffic stop when he has a particularized and objective basis to suspect legal wrongdoing. The Court reasoned that the level of suspicion required is less than that necessary for probable cause and depends on the factual and practical considerations of everyday life on which reasonable and prudent men, not legal technicians, act.

“Here, the deputy’s commonsense inference that the owner of a vehicle was likely the vehicle’s driver provided more than reasonable suspicion to initiate the stop,” reasoned Justice Thomas. Though common sense suffices to justify the officer’s inference, empirical studies demonstrate that drivers with suspended or revoked licenses frequently continue to drive. “And Kansas’ license-revocation scheme, which covers drivers who have already demonstrated a disregard for the law or are categorically unfit to drive, reinforces the reasonableness of the inference that an individual with a revoked license will continue to drive,” said Justice Thomas.

The Court said scope of its holding is narrow. “The reasonable suspicion standard takes into account the totality of the circumstances,” said the Court. “The presence of additional facts might dispel reasonable suspicion, but here, the deputy possessed no information sufficient to rebut the reasonable inference that Glover was driving his own truck.”

With that, the U.S. Supreme Court reversed and remanded The Kansas Supreme Court’s decision that the deputy violated the Fourth Amendment by stopping Glover without reasonable suspicion of criminal activity.

My opinion? The Supreme Court’s decision is not surprising. And in truth, it’s consistent with existing Washington precedent.  In State v. McKinney, and State v. Phillips, the WA Court of Appeals held that a vehicle may be stopped based upon DOL records which indicate that the driver’s license of the  registered owner of the vehicle is suspended.  The officer need not affirmatively verify that the driver’s appearance matches that of the registered owner before making the stop, but the Terry stop must end as soon as the  officer determines that the operator of the vehicle cannot be the registered owner.

Please contact my office if you, a friend or family member are charged with crimes after a questionable search and seizure. Hiring a competent attorney is the first and best step toward gaining justice.