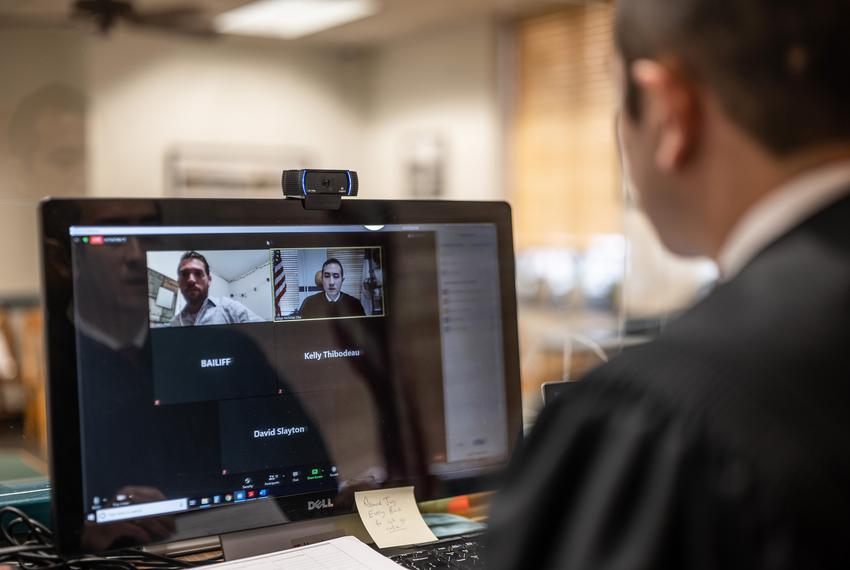 In U.S. v. James David Allen II, the Ninth Circuit Court of Appeals vacated a defendant’s Firearms Offense conviction because COVID-19 protocols had precluded the public from observing his trial.

In July 2020, police officers were dispatched to a residential street in Pinole, California. Police found Mr. Allen asleep in a stolen car, with weapons. An inventory search uncovered a loaded AR-15 style rifle. The officers arrested Allen. Apparently, Allen traveled from Washington State to California and intended to harm a San Francisco stockbroker. Allen later told the court that a drug relapse led to his life unraveling. He was subsequently indicted on federal charges of being a felon in possession of a firearm and ammunition.

At the height of the coronavirus pandemic in 2020, the federal district court prohibited members of the public from attending court hearings. During trial, the federal court denied the defendant’s suppression hearing and rejected his request for video-streaming of the proceedings. Allen was found guilty of being a felon in possession of a firearm and was sentenced to six years in prison.  On appeal, he argued the court’s order violated the defendant’s Sixth Amendment right to a public trial.

The Court explained that the “public trial” guaranteed by the Sixth Amendment is impaired by court rules that precludes the public from observing a trial in person. The violation of rights happens regardless of whether the public has access to a transcript or audio stream. Consequently, the lower court’s order effected a total closure. All persons other than witnesses, court personnel, the parties and their lawyers were excluded from attending the suppression hearing or trial.

“Although a listener may be able to detect vocal inflections or emphases that could not be discerned from a cold transcript, an audio stream deprives the listener of information regarding the trial participant’s demeanor and body language,” the court found. “Nor can a listener observe the judge’s attitude or the reactions of the jury to a witness’s testimony, or scan any visual exhibits.”

“We conclude that the district court’s order was not narrowly tailored, in part because courts throughout the country, facing the same need to balance public health issues against a defendant’s public trial right, consistently developed COVID protocols that allowed some sort of visual access to trial proceedings.” ~9th Circuit Court of Appeals

As a remedy, the 9th Circuit remanded Allen’s case back to the U.S. District Court for the Northern District of California for a new trial. It also ordered that Allen be given a new pretrial hearing to argue for the suppression of certain evidence.

My opinion? Good decision. Defendants have a right a public trial, period. No amount of court restrictions should violate that right. However, it is unclear what potential implications the appeals court’s ruling could have on other cases held under similar COVID-19-related restrictions.

Please contact my office if you, a friend or family member are charged with Firearm Offenses or any other crime. Hiring an effective and competent defense attorney is the first and best step toward justice.