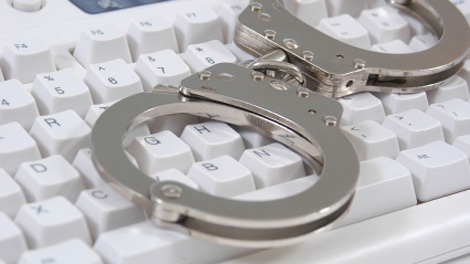 In State v. Johnson, the WA Court of Appeals held that a Defendant cannot claim Entrapment for numerous attempted sex offenses by responding to a fake Craigslist add in the “Casual Encounters” section created by police officers conducting an online sting operation.

Law enforcement created a posting in the Craigslist casual encounters section. Mr. Johnson responded to the ad. His communications with the (as-yet-unknown) police led Mr. Johnson to believe the add was posted by a 13-year-old female named “Brandi” who was home alone. Mr. Johnson was instructed to drive to a minimart and await further instructions via text. Johnson drove to the designated minimart. “Brandi” then gave Johnson the address of the house and he drove toward that location. Law enforcement apprehended Johnson while on his way from the minimart to the house. At the time of his arrest, Johnson was carrying forty dollars.

Johnson was charged with (1) attempted second degree rape of a child, (2) attempted commercial sexual abuse of a minor, and (3) communication with a minor for immoral purposes. During trial, he requested the Entrapment Defense via a jury instruction. However, the trial judge denied Johnson the defense and jury instruction. The jury found him guilty of all charges.

Johnson appealed, claiming ineffective assistance of counsel and that the trial judge erred by denying the Entrapment defense.

The court explained that in order to prove the affirmative defense of entrapment, a defendant must show, by a preponderance of the evidence, that he committed a crime, that the State or a State actor lured or induced him to commit the crime, and that the defendant lacked the disposition to commit the crime. A defendant may not point to the State’s absence of evidence to meet his evidentiary burden for an affirmative defense. Importantly, as a matter of law, the Court also stated the following:

“Entrapment is not a defense if law enforcement merely afforded the actor an opportunity
to commit a crime.”

“Here, Johnson points to no evidence to support an entrapment instruction,” reasoned the Court. Here, law enforcement created a Craigslist posting purporting to be a woman looking for a man to teach her how to be an adult. This add, however, was not entrapment on the part of police. The add merely presented an opportunity for Mr. Johnson to incriminate himself and commit a crime:

“Johnson initiated contact by answering the posting. Johnson testified that no one forced him to answer the posting. Although Johnson stated he wanted to be cautious because ‘Brandi’ was underage, he steered the conversation into explicitly sexual territory by graphically explaining his sexual desires to the purported thirteen-year-old. When ‘Brandi’ suggested meeting at a later time, Johnson declined, stating that he was available to meet. There is no evidence that law enforcement lured or induced Johnson.”

The court also rejected Johnson’s argument that he was entitled to an entrapment instruction because the State failed to show he had a predisposition to commit the crimes against children, and there was no evidence of a history regarding perverse activity towards children.

“But pointing to the State’s absence of evidence does not meet Johnson’s evidentiary burden for his affirmative defense,” said the Court. Instead, explained he Court, the evidence shows that law enforcement merely afforded Johnson the opportunity to commit his crimes. Johnson willingly responded to the posting, steered the conversation to explicitly sexual topics, testified that he wanted to meet the person, and drove to the agreed locations.

The Court of Appeals concluded that because Johnson failed to show any evidence entitling him to a jury instruction on entrapment, the trial court did not err by refusing to instruct the jury on entrapment. The court also denied Mr. Johnson’s claims of ineffective assistance of counsel.

My opinion? Entrapment is a very difficult defense to prove under these circumstances. Law enforcement officers are allowed to engage in sting operations, whereby they create circumstances that allow individuals to take criminal actions that they can then be arrested and prosecuted for. These are considered “opportunities” for individuals believed to be involved in criminal behavior to commit crimes. An opportunity is considered very different from entrapment and involves merely the temptation to violate the law, not being forced to do so.

Please contact my office if you, a friend or family member face sex offenses and Entrapment could be a substantive defense. Hiring an experienced criminal defense attorney is the first and best step towards justice.