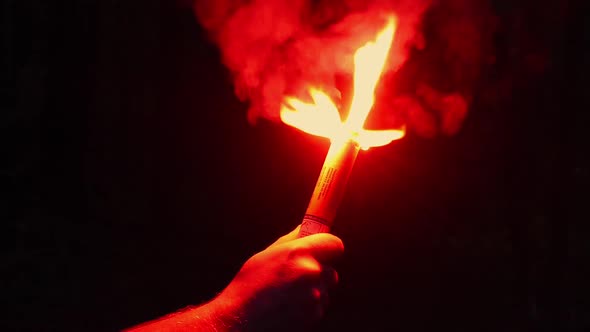 In State v. Burrus, the WA Court of Appeals held there was sufficient evidence the defendant demonstrated deliberate cruelty to the victim when he poured gasoline on the victim, lit a flare and set the victim on fire.

Mr. Burrus poured gasoline on victim Mr. Busch and threw a lit flare at him, causing him to catch fire. Busch suffered second and third degree burns on 30 percent of his body. The State charged Burrus with attempted first degree murder with the aggravating factor that his conduct manifested deliberate cruelty. The jury found Burrus guilty as charged.

On appeal, Mr. Burrus argued the the trial court erred in imposing an exceptional sentence based on the jury’s finding of deliberate cruelty.

The Court of Appeals stated that under the Sentencing Reform Act, generally, a court must impose a sentence within the standard range. A court may depart from the guidelines and impose a higher sentence if it finds substantial and compelling reasons. The existence of an aggravating factor may support an exceptional sentence.

Next, the court addressed the issue of whether the lack of comparative evidence meant there was insufficient evidence to supported the jury’s finding of deliberate cruelty.

“Burrus says insufficient evidence supports the jury’s finding of deliberate cruelty,” said the Court of Appeals. “He contends that because the State failed to provide comparative evidence of typical attempted first degree murders, the jury had insufficient evidence to determine whether the facts here were atypical.”

However, the Court of Appeals disagreed with Burrus and held that the State is not required to provide the jury with examples of typical attempted first degree murders:

“It is within a jury’s capability, based on their common sense and common experience, to determine that dousing a person in gasoline, lighting them on fire, and then leaving them to burn is deliberately cruel.” ~WA Court of Appeals

Consequently, the Court also reasoned that Mr. Burrus cannot assert a vagueness challenge to the deliberate cruelty aggravator, either.