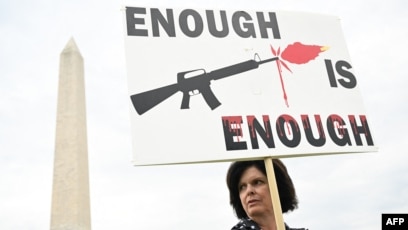 Great article by Shauna Sowersby discusses how state lawmakers will again be considering legislation to place restrictions on guns in Washington. The Alliance for Gun Responsibility announced proposed legislation for the upcoming 2023 session:

“Amid record levels of gun violence in Washington and across the US, it is essential to protect and build on the progress we’ve made to keep our communities safe. Our 2023 Legislative Agenda reflects the urgent need for Washington to continue leading the way in adopting innovative policies to prevent gun violence.” ~Alliance for Gun Responsibility

Proposed legislation includes a measure that would put restrictions on semi-automatic assault weapons. The bill will target the supply of assault-style weapons by “prohibiting the manufacture, possession, distribution, importation, transfer, sale, offer for sale, and purchase of any assault weapon.”

Law enforcement and military officials would be exempt from the law. Washington state law defines a semi-automatic assault rifle as “any rifle which uses a portion of the energy of a firing cartridge to extract the fired cartridge case and chamber the next round, and which requires a separate pull of the trigger to fire each cartridge.”

The proposed legislation also says, “a semi-automatic assault rifle does not include antique firearms, any firearm that has been made permanently inoperable, or any firearm that is manually operated by bolt, pump, lever, or slide action.”

The Alliance for Gun Responsibility is also seeking legislation to establish a pathway for victims of gun violence to hold manufacturers and dealers accountable. Also, they’re proposing legislation to require a permit for those who wish to purchase a gun in the state. Currently, gun manufacturers and gun dealers are protected by a 2005 federal law called the Protection of Lawful Commerce in Arms Act. This gives them immunity from lawsuits brought by victims of gun violence. Permits also are not currently required in Washington, although buyers must submit to a background check and a waiting period before obtaining a gun.

THE MOMENTUM SHIFT TOWARD REGULATING FIREARMS

A ban on high-capacity magazines went into effect in July. As a result, Washingtonians can no longer purchase or sell magazines with the ability to hold more than 10 rounds of ammunition. Regulations on untraceable firearms, also known as ghost guns, went into effect this year as well, and in March 2023 possession of an untraceable firearm will be illegal in the state.

Legislation that banned the open carry of weapons at government facilities and where government meetings occur also passed the Legislature and went into effect in June of this year. Possession of weapons is now prohibited at school board meetings and election-related offices.

WA State Attorney General Bob Ferguson has already signaled that he will not tolerate violations of the bans passed by state Democratic leaders. On Wednesday, he filed a lawsuit and is seeking an injunction against a gun store in Federal Way for selling high-capacity magazines. Federal Way Discount Guns was caught during a sweep of 25 firearms retailers, according to a press release from the Attorney General’s office.

As with previous gun control proposals, Republicans are not happy about the announcement Wednesday from the Alliance for Gun Responsibility. Rep. Jim Walsh, R-Aberdeen, said in a press release that it’s unfortunate that legislators must use time and resources to continue debating the gun control issue. He called the proposed assault weapon ban pointless and said he doesn’t believe it will have any impact on the safety of Washingtonians:

“The people of Washington are tired of political grandstanding and unproductive — or counterproductive — legislation. They have said repeatedly they want bipartisan solutions to problems like crime, homelessness, struggling schools, and the rising cost of living. Constitutionally dubious gun-control schemes don’t address any of those real-world problems.” ~Rep. Jim Walsh, R-Aberdeen