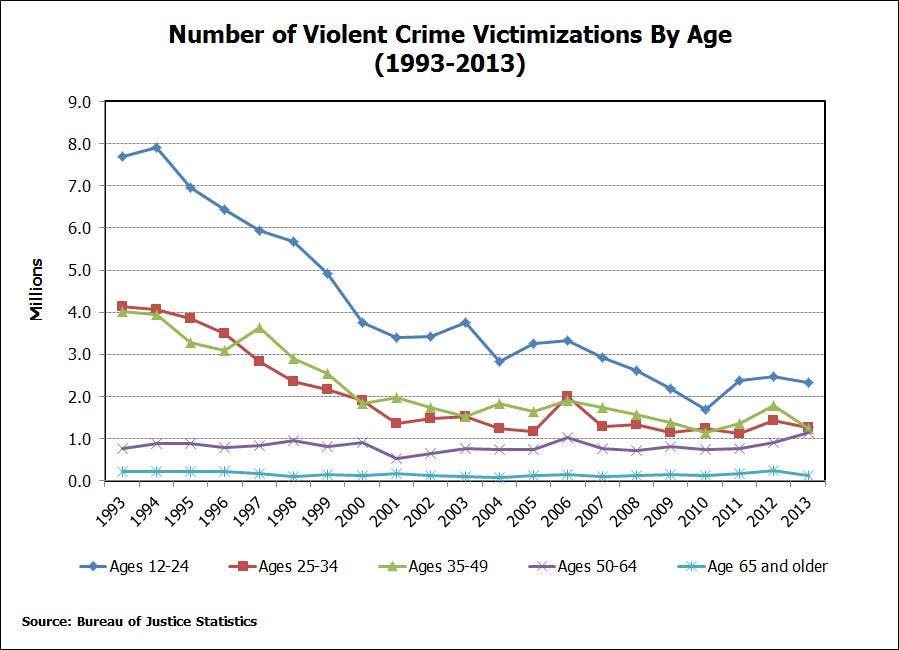 A new report examines the dramatic drop in crime nationwide over the past two decades — and analyzes various theories for why it occurred.

In What Caused the Crime Decline? a team of economic and criminal justice researchers examined over 40 years of data, gathered from 50 states and the 50 largest cities. Their work examines one of the nation’s least understood recent phenomena – the dramatic decline in crime nationwide over the past two decades – and analyzes various theories for why it occurred.

It concludes that over-harsh criminal justice policies, particularly increased incarceration, which rose even more dramatically over the same period, were not the main drivers of the crime decline. In fact, the report finds that increased incarceration has been declining in its effectiveness as a crime control tactic for more than 30 years. Its effect on crime rates since 1990 has been limited, and has been non-existent since 2000.

More important were various social, economic, and environmental factors, such as growth in income and an aging population. The introduction of CompStat, a data-driven policing technique, also played a significant role in reducing crime in cities that introduced it.

The report concludes that considering the immense social, fiscal, and economic costs of mass incarceration, programs that improve economic opportunities, modernize policing practices, and expand treatment and rehabilitation programs, all could be a better public safety investment.