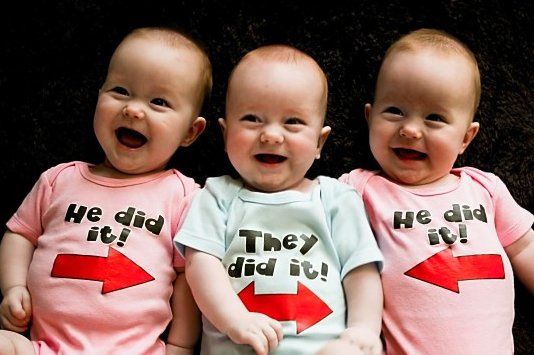 In State v. Jameison, the WA Court of Appeals held that (1) Drive-By Shooting charges may not be maintained against an accused who merely retrieves a gun from the car in which he arrived to the scene of the homicide but crouches behind another car at the time he returns fire, and (2) the defendant’s arming himself and hiding behind a car from the bullets of the other shooter does not amount to accomplice liability with the co-defendant.

This prosecution arises from a confrontation between Kwame Bates and defendant
Lashawn Jameison, on the one hand, and Anthony Williams, on the other hand, during
which skirmish Williams fired his gun and killed bystander Eduardo Villagomez. A
video partially captures the confrontation and shooting.

On the night of January 17-18, 2016, Lashawn Jameison and Kwame Bates joined
a group of five hundred young adults at the Palomino Club in Spokane to celebrate
Martin Luther King Day. Bates drove Jameison to the club in a white Toyota Camry
owned by Bates’ girlfriend, which car gains significance as events transpire. Bates
parked the Camry on Lidgerwood Street in front of a Department of Licensing building
adjacent to the club. A Chrysler parked behind the Camry on the street. We do not know
the time of night that Bates and Jameison arrived at the celebration.

The Palomino Club closed at 2 a.m. on January 18. As Lashawn Jameison and Kwame Bates exited the club at closing, another patron, Anthony Williams, shoved Sierra, a female friend of Bates. The shove began a deadly chain of events. As a result of the push, Bates and Williams argued. Jameison did not participate in the quarrel.

Williams jumped a metal fence bordering the club parking lot, retrieved a handgun from
a car parked in the adjacent Department of Licensing parking lot, and returned to the entrance of the club. Williams paced to and from the club building, the adjacent lot, and
Lidgerwood Street.

Both Kwame Bates and Lashawn Jameison, knowing that Anthony Williams possessed a firearm, returned to the white Toyota Camry and armed themselves. Both Bates and Jameison lawfully owned firearms. During this activity, other patrons of the Palomino Club departed the building and walked to their cars parked in the club parking lot, in the adjacent parking lot, and on the street.

Lashawn Jameison, with gun in hand, retreated and separated himself from Kwame Bates and Anthony Williams. Jameison hid at the rear of the Chrysler parked behind the Camry while Bates stood by a power pole near the Camry. Bates and Williams, with Williams then in the Department of Licensing parking lot, faced one another as Martin Luther King Day celebrants continued to walk to their cars. According to Bates, he “does not back down” from a fight as long as the fight is fair. Jameison crouched behind the Chrysler.

A friend of Anthony Williams drove the friend’s car into the parking lot. Williams stepped behind his friend’s vehicle and discharged his gun in Bates’ direction. The bullet missed Bates and struck Eduardo Villagomez, a bystander walking along the street. Villagomez slumped to the street. Tragically. an unsuspecting driver of a car drove over Villagomez’s stricken body. Villagomez died as a result of the bullet wound and the force of the vehicle.

After Anthony Williams’ discharge of gunfire, Kwame Bates ran from the power
pole and joined Lashawn Jameison behind the stationary Chrysler. Seconds after
Williams fired the first shot, Bates and Jameison stood, returned fire, and crouched again
behind the Chrysler. Jameison fired, at most, two shots toward Williams. Williams
returned additional shots toward Bates and Jameison. Bates rose again and returned fire as Williams entered the vehicle driven by his friend. The friend drove the vehicle from
the parking lot and club. Bates and Jameison entered the Camry and also departed the
neighborhood.

The State of Washington charged Lashawn Jameison with first degree murder by extreme indifference and, in the alternative, first degree manslaughter as the result of the
death of Eduardo Villagomez. The State acknowledged that Anthony Williams shot
Eduardo Villagomez but charged Jameison with accomplice liability. The State also
charged Jameison with fourteen counts of Drive-By Shooting as a result of Jameison’s
returning of gunfire. The fourteen charges arise from the presence of at least fourteen
club patrons in the vicinity at the time of the shooting.

Lashawn Jameison moved to dismiss the homicide charges pursuant to State v.
Knapstad. Jameison emphasized that the video of the scene and law enforcement officers’ reports and affidavits demonstrated beyond dispute that Anthony Williams killed the decedent while Jameison ducked behind a car, shielding himself from Williams’ attack. Jameison added that, because he had not fired a shot by the time Williams’ bullet struck Eduardo Villagomez and because he himself was a victim of Williams’ violence, he could not be guilty of murder even as an accomplice. Jameison posited the same arguments for the alternative charge of manslaughter.

Lashawn Jameison also moved to dismiss the Drive-By Shooting charges for insufficient evidence of recklessness. In the alternative, he argued that all but one count should be dismissed because he fired only one shot. He based the latter argument on law enforcement’s discovering, at the crime scene, only one shell casing matching his gun.

First, the Court of Appeals described the legal mechanisms of a CrR 8.3 Motion to Dismiss and a Knapstad Motion to dismiss and reasoned that ultimately the two motions are essentially the same.

Next, and interestingly, the Court of Appeals engaged a semi-esoteric discussion on how to handle criminal cases involving the accomplice liability of co-defendants who give more than one version of events.

“We struggle in the abstract with what assay to employ when adjudging what reasonable inferences we may deduce from established facts,” said the Court. “Therefore, we first comb for definitions and synonyms for our key word ‘inference.'” The Court elaborated that our state high court has defined an “inference” as a logical deduction or conclusion from an established fact. for example, State v. Aten refers to a “reasonable and logical” inference, again suggesting that a permissible inference must be logical.

“Based on these definitions, we must summon logic, common sense, and experience in surmising additional or circumstantial facts from already established or direct facts. We hope that our experience coincides with common sense and our common sense abides logic.”

The Court further reasoned that when evidence is equally consistent with two hypotheses, the evidence tends to prove neither. “We will not infer a circumstance when no more than a possibility is shown,” said the Court. “We are not justified in inferring, from mere possibilities the existence of facts.”

Moreover, the Court said that Washington law, if not the federal constitution, demands that inferences in the criminal setting be based only on likelihood, not possibility. When an inference supports an element of the crime, due process requires the presumed fact to flow more likely than not from proof of the basic fact. “Whether an inference meets the appropriate standard must be determined on a case-by-case basis in light of the particular evidence presented to the jury in each case.”

The Court concluded that we should not draw an inference that Lashawn Jameison agreed
to fight with Anthony Williams. “No evidence directly confirms that Jameison concurred in Williams shooting at Jameison’s direction. Experience, common sense and logic easily depict Williams acting on his own without any consent from Jameison or Bates.”

The Court of Appeals also said the State in essence portrays Lashawn Jameison and Anthony Williams as agreeing to a duel. “The totality of the undisputed facts, however, leads one to conclude that Jameison never consented to a duel,” said the Court. “Jameison retrieved his firearm only after Williams grabbed his weapon and in order to defend himself. He could have, but never did, shoot at Williams before Williams first shot in his direction.

The Court of Appeals described the accomplice liability statute. In short, a person is an accomplice of another person in the commission of a crime if, with knowledge that it will promote or facilitate the commission of the crime, he or she: (i) solicits, commands, encourages, or requests such other person to commit it; or (ii) aids or agrees to aid such other person in planning or committing it; or (iii) his or her conduct is expressly declared by law to establish his or her complicity.

The Court of Appeals held that under Washington case law, an accomplice must associate himself with the principal’s criminal undertaking, participate in it as something he desires to bring about, and seek by his action to make it succeed. Presence and knowledge alone are insufficient, absent evidence from which a readiness to assist or an intent to encourage could be inferred, to support a finding of accomplice liability.

Consequently, the Court of Appeals held that Lashawn Jameison never sought to assist Anthony Williams. “He never directly encouraged Williams to shoot either himself or Kwame Bates,” said the Court. Furthermore, the Court reasoned that Williams wanted to shoot or wound Bates or Jameison. Jameison did not seek this goal. Jameison and Williams acted as antagonists. “They entered any fight from opposite poles.”

“We find that the conduct of Jameison in arming himself and hiding behind a car from the bullets of Anthony Williams ineptly fulfills the meaning of “encouragement” and his situation borders on victimhood. In turn, imposing criminal liability on Jameison conflicts with general principles of accomplice liability and disserves policies behind imposing accomplice liability.”

On this issue, the Court of Appeals addressed what constitutes the “immediate area” of a motor vehicle that transported the shooter.

The Court reasoned that under Drive-By Shooting statute, a person is guilty of drive-by shooting when he or she recklessly discharges a firearm in a manner which creates a substantial risk of death or serious physical injury to another person and the discharge is either from a motor vehicle or from the “immediate area” of a motor vehicle that was used to transport the shooter or the firearm, or both, to the scene of the discharge.

Consequently, the Court reasoned that here, When Lashawn Jameison fired his responding shots, Jameison likely stood closer than sixty-three feet of the Toyota Camry, the car in which he traveled to the Palomino Club.

“We hold that Jameison did not stand within the immediate area,” said the Court. “The obstacle of an additional car and a telephone pole stood between Jameison and the Camry. The Camry was not within his immediate reach. Jameison stood more than a few feet or yards from the Camry.”

With that, the Court of Appeals affirmed the trial court’s dismissal of the murder and manslaughter charges and twelve of fourteen drive-by shooting charges brought against Lashawn Jameison.

My opinion? This is an  excellent decision from the Court of Appeals. It is well written, and clarifies important definitions and legal terms applied to accomplice liability and Drive-By Shooting. Great opinion.