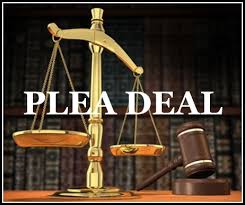 In a close opinion, the WA Supreme Court ruled in State v. MacDonald that an investigating officer may not request the judge for a sentence greater than that in the State’s plea agreement. Even when the investigating officer claims to be speaking on the victim’s behalf, statements that are contrary to the plea agreement will constitute a breach of the agreement.
In 1978, Arlene Roberts was found dead in her home. The police collected several latent fingerprints from bank statements and traveler’s checks within her trailer but never identified a suspect. The case went inactive.
In 2010, detective Scott Tompkins reviewed the case files and matched the fingerprints to MacDonald.
The Prosecutor charged MacDonald with Murder in the First Degree.
After the trial began, the parties entered into plea negotiations. The State agreed that the prosecutor would change the charge from first degree felony murder to second degree manslaughter and recommend a five-year suspended sentence in exchange for an Alford plea. MacDonald accepted the plea agreement.
At sentencing, Deputy Prosecutor Kristin Richardson informed the court that detective Tompkins wished to speak on behalf of the victim pursuant to RCW 9.94A.500. Though detective Tompkins was involved throughout the plea negotiations and Richardson intended for Tompkins to sit at counsel’s table pursuant to Evidence Rule 615 in order to assist her, Prosecutor Richardson asserted that she did not know what Tompkins wanted to say. MacDonald objected, but the trial court permitted Tompkins to testify as a victim advocate over MacDonald’s objection.
Tompkins immediately asked the court to impose the maximum sentence. He described what happened to the victim and gave the court marked photographs of the victim’s body as police found her. Tompkins informed the court that the medical examiner’s report contained 18 paragraphs detailing her injuries and then asserted that Roberts “died a horrific death.”
The trial court imposed the maximum sentence, giving MacDonald 60 months in prison with a minimum sentence of 55 months and credit for time served. Macdonald moved to withdraw his plea. The Court of Appeals denied MacDonald’s motion.

The WA Supremes decided to reverse the Court of Appeals and permit MacDonald to decide whether to withdraw his guilty plea or to seek specific performance. The court agreed with the reasoning in State v.  Sanchez that investigating officers cannot make sentence recommendations contrary to a plea agreement. The Court also reasoned that the same due process concerns stopping an investigating officer from undermining a plea agreement also stop that officer from making unsolicited remarks on a victim’s behalf to the court at sentencing that are contrary to the plea agreement. Washington’s crime victims’ rights laws do not permit the State to breach a plea agreement.

My opinion? Although I offer my deepest condolences to the family of the victim, I must agree with the WA Supremes on this.

That said, detective Tompkins was acting in the role of substantially assisting the prosecution. This is unlawful. It violates procedural due process. Apparently, the WA Supremes agreed. Good opinion.