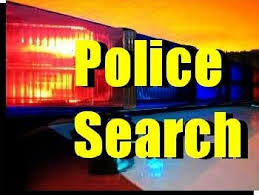 In State v. Linder, the WA Court of Appeals Division III decided that evidence obtained pursuant to a search warrant was properly suppressed because the officer’s inventory of the search was not conducted with at least one witness.

Here, Defendant Aaron Linder was arrested by Kalama Police Chief Grant Gibson in March 2013 for driving with a suspended license. During the search incident to arrest, Chief Gibson found a small tin box inside the pocket of Mr. Linder’s hoodie. After being informed of his Miranda rights, Mr. Linder admitted being a daily user of hard drugs and that the tin box contained drug paraphernalia. But he refused to give his consent for Chief Gibson to open the box initially, and refused a second time at the police station.

The police obtained a search warrant. Sergeant Parker, without anyone else present, executed the warrant by opening the metal box and photographing and inventorying its contents. It was typical for the department’s night shift officer to work alone. The Kalama police department has a total of only five sworn officers.

Sergeant Parker inventoried the tin box as containing two pieces of aluminum foil, an empty plastic box, two plastic tubes, a hair pin, a safety pin, and a piece of plastic from a cigarette package. The cigarette wrapper contained a crystalline substance that appeared to be methamphetamine. After he finished the inventory and completed the return of service form, Sergeant Parker placed the items, a copy of his report, and a note for Chief Gibson in a temporary evidence locker.

The next morning, Chief Gibson, also acting alone, verified that the contents in the box matched Sergeant Parker’s inventory and field tested a small quantity of the cellophane wrapper and its contents, which tested positive for methamphetamine. He packaged the remainder of the crystalline substance for submission to the crime laboratory. Mr. Linder was thereafter charged with one count of Violation of the Uniform Controlled Substances Act, Chapter 69.50 RCW, for possession of methamphetamine.

Before trial, Mr. Linder moved to suppress the evidence found in the tin box on the grounds that it was searched in violation of CrR 2.3( d). The rule provides that a return of the search warrant shall be made promptly, shall be accompanied by a written inventory of any property taken, and-relevant here-that “the inventory shall be made in the presence of the person from whose possession or premises the property is taken, or in the presence of at least one person other than the officer.” In the suppression hearing that followed, both Sergeant Parker and Chief Gibson testified that they were unaware of the rule’s requirement that the inventory be made in the presence of another person.

In reaching its decision, the WA Court of Appeals looked to the Exclusionary Rule In considering whether the contraband should be suppressed.

For those who don’t know, the Exclusionary Rule is a legal principle in the United States, under constitutional law, which holds that evidence collected or analyzed in violation of the defendant’s constitutional rights is sometimes inadmissible for a criminal prosecution in a court of law. The exclusionary rule may also, in some circumstances at least, be considered to follow directly from the constitutional language, such as the Fifth Amendment‘s command that no person “shall be compelled in any criminal case to be a witness against himself” and that no person “shall be deprived of life, liberty or property without due process of law”.

The Exclusionary Rule is grounded in the Fourth Amendment and it is intended to protect citizens from illegal searches and seizures. The exclusionary rule is also designed to provide a legal remedy and disincentive, which is short of criminal prosecution in response to prosecutors and police who illegally gather evidence in violation of the Fifth Amendment in the Bill of Rights compelled to self-incrimination. The exclusionary rule also applies to violations of the Sixth Amendment, which guarantees the right to counsel.

The WA Court of Appeals reasoned that Washington’s version of the Exclusionary Rule had three objectives:

First, and most important, to protect privacy interests of individuals against unreasonable governmental intrusions; second, to deter the police from acting unlawfully in obtaining evidence; and third, to preserve the dignity of the judiciary by refusing to consider evidence which has been obtained through illegal means.

Here, reasoned the Court, excluding the evidence served the third objective of preserving the dignity of the judiciary by refusing to consider evidence obtained through illegal means.  Here, a police officer’s unwitnessed late night execution of a search warrant in this case clearly violated CrR 2.3(d), called the reliability of his inventory into question, and could not be remedied other than by suppression.

My opinion? Great decision. Kudos to Division III for following the law.