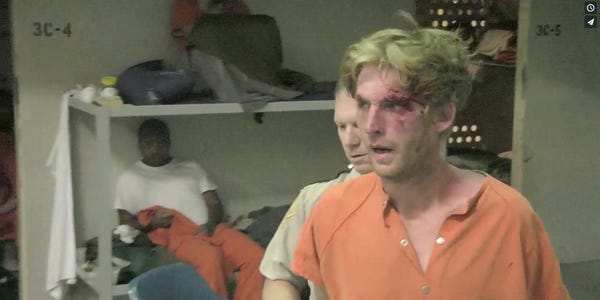 In State v. Kyllo the WA Supreme Court held that the  jury instruction misstated the law on Self-Defense. Moreover, the jury should have been informed that a person is entitled to act in self-defense when he reasonably apprehends that he is about to be injured.

On June 12, 2004, while an inmate at the Cowlitz County jail on other charges, Mr. Kyllo was involved in a fist fight with another inmate during the course of which Kyllo bit the other inmate’s ear off. Kyllo was charged with second degree assault and he claimed he acted in self-defense.

A person is entitled to act on appearances in defending himself, if that person believes in good faith and on reasonable grounds that he is in actual danger of great bodily harm, although it afterwards might develop that the person was mistaken as to the extent of the danger. Actual danger is not necessary for the use of force to be lawful.

Kyllo was convicted on the charge of second degree assault. On appeal, he asserted ineffectual assistance of counsel, arguing that the instruction above improperly lowered the State’s burden of proof. The Supreme Court agreed, with Justice Barbara Madsen writing a unanimous opinion.

The Court held that Kyllo was denied effective assistance of counsel, and remanded the case for a new trial.

My opinion?  Excellent decision.  Reminds defense attorneys to stay cognizant of the jury instructions they provide.  For those who don’t know, a jury instruction is an instruction given by the court to a jury at the conclusion of presentation of all evidence in a trial, and after the lawyer’s closing arguments, to advise the jury of the law that applies to the facts of the case, and the manner in which they should conduct their deliberations.  The attorneys prepare the instructions.

Here, the defense attorney gave the “Acting on Appearances” instruction.  The instruction presents a good starting point for the circumstances surrounding this particular case (Convict A is mad-dogging Convict B, Convict B attacks Convict A first  — and acting on Convict A’s appearances — because he believes Convict A will attack and get the advantage of surprise).  Unfortunately, the instruction, by itself wasn’t enough.

As a matter of practice, I believe both a self defense instruction AND and “Acting on Appearances” instruction work best in combination with each other.  Speaking from my own trial experience, everyone on the street embraces self defense.  It allows us to fight back when we’re attacked.  Simple.

However, the soft-spoken pacifists out there (who are INCREDIBLY hard to spot at jury selection) are downright offended by the “Acting on Appearances” instruction.  Many juries simply cannot promote violence beyond the context of self defense.  Yet even a pacifist will fight to save their own life.