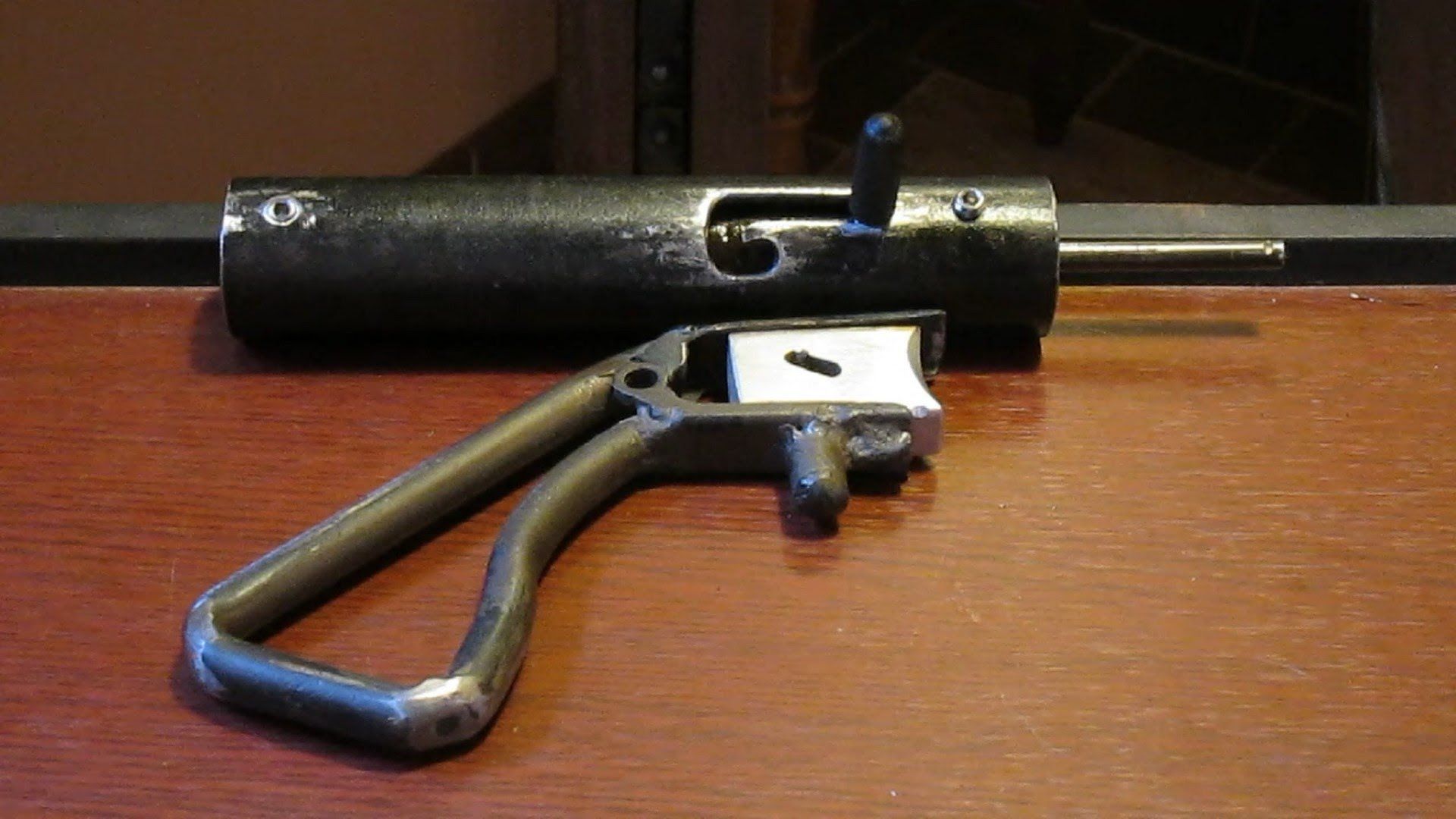 In State v. Hammock, the WA Court of Appeals Division II decided that a hollowed-out bolt, in which a bullet is inserted, and when used with a hammer to strike the bullet,  IS a firearm.

After an extended period of using drugs and arguing with Mr. Ford, defendant Hammock handed his girlfriend, Ms. McKee, a .22-caliber bullet, a hollowed-out bolt with a hexagonal head, and a ball peen hammer, and told her to shoot Ford.  Hammock had previously used the device to discharge a bullet.

The following details are gruesome.  About 20 minutes later, Hammock jumped over the bed without warning  and repeatedly hit Ford  in the head  with a hammer.  Ford remained conscious for several more hours.  Later Hammock exited the room and returned with a metal object similar to a meat cleaver and struck Ford in the head two or three times.

Ford remained alive and conscious, so Hammock knotted an extension cord around Ford’s neck and placed a white plastic bag over Ford’s head.  Hammock also struck Ford again with the metal object once or twice.  Ford ultimately died from a gunshot wound to the head, blunt force impacts to the head, and ligature strangulation due to an extension cord knotted around his neck.

The State charged Hammock First Degree Murder, and numerous Drug Offenses.  A forensic scientist with the Washington State Patrol Crime Laboratory testified that the .22-caliber bullet is a “rimfire” cartridge, meaning that its primer, the explosive, is around the rim of the cartridge. The primer ignites the gunpowder that provides the gas that propels the bullet.  The scientist was able to discharge a bullet from the bolt by striking the rim of the cartridge with a ball peen hammer.  The jury found Hammock guilty of all charges, including possession of a deadly weapon.

Court of Appeals reasoned that the bolt, hammer, and bullet, when considered together, constitute an instrument of offensive combat.  Hammock inserted the bullet into the bolt, handed it back to McKee, and told her to shoot Ford.  McKee put the bolt up to Ford’s head, struck it with a hammer, and discharged the bullet into Ford’s head.  Ford died partly from this gunshot wound to the head.

This constitutes an “instrument” used to injure or kill someone, reasoned the Court.  Additionally, the Court held that the bolt system meets the definition of “device” as well under former RCW 9.41.010(1).  Under Webster’s Dictionary, a “device” is “something that is formed or formulated by design and usage.

My opinion?  As I said above, I’m dedicating this post to NRA members, gun enthusiasts, and 2nd Amendment buffs.  Although I’m clearly NOT providing legal advice – I cannot do that over the internet – this bit of public information should put gun enthusiasts on pause.  Home-made guns are still firearms; even if the moving parts are separated from each other.  Period.