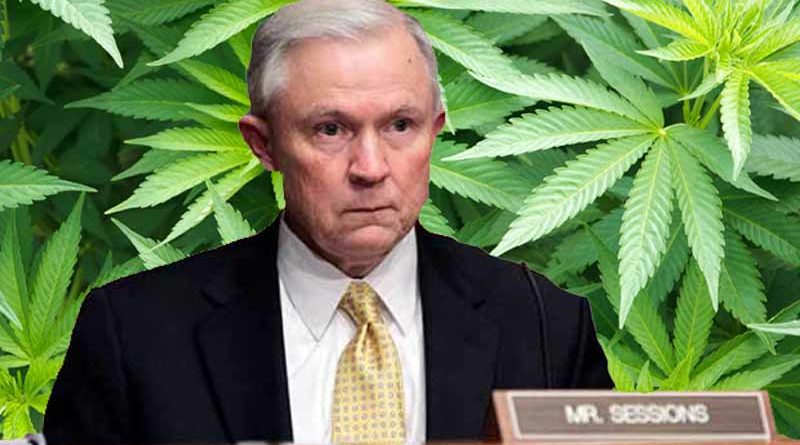 Last week, Gov. Jay Inslee and State Attorney General Bob Ferguson both drafted a letter saying Sessions recently made many allegations that are outdated, incorrect, or based on incomplete information. Later, key lawmakers involved with setting the state’s marijuana policy — including two Republicans — followed up with their own letter. They, too, said Sessions is off base.

The letters are in response to a July 24 letter from Sessions, a former Republican senator from Alabama. In the July letter, Sessions cited parts of a 2016 report by the Northwest High Intensity Drug Trafficking Area, an enforcement program run by the Office of National Drug Control Policy.

Sessions claims this report raises serious questions about the efficacy of marijuana ‘regulatory structures’ in Washington State. Here are some of Sessions’ key assertions that Washington state officials are disputing and why.

According to Inslee and Ferguson, Sessions’ repeatedly fails to distinguish between marijuana activity that is legal and illegal under state law.

“Instead, it conflates the two in a manner that implies that state-legal marijuana activity is responsible for harm actually caused by illegal marijuana activity,” Inslee and Ferguson wrote. One example is when Sessions cites 17 explosions at THC extraction labs in Washington state. (THC, short for tetrahydrocannabinol, is the psychoactive ingredient in marijuana.)

“…None of these explosions were at labs operating legally under state license,” Inslee’s and Ferguson’s letter says. “In the history of our licensing system, no legal extraction lab has ever had an explosion.”

CLAIM #2: WASHINGTON STATE IS ALLOWING A BLACK MARKET TO THRIVE.

Inslee and Ferguson cite similar problems with Sessions’ assertion that marijuana from Washington has been diverted to 43 other states. They say that statistic covers years before Washington’s recreational sales began “and reveals nothing about whether the sources of the marijuana were legal or illegal.”

Rivers, Sawyer, Keiser and Condotta add that Sessions is ignoring the effects of the state’s move in 2016 to eliminate unlicensed medical-marijuana dispensaries in Washington state, as well as to start carefully tracking medical marijuana. The 2016 report that Sessions cited about the state’s marijuana market came out before those reforms went into effect.

CLAIM #3: YOUTH USE OF MARIJUANA HAS INCREASED.

Here, Sessions had cited a statistic that 61.9 percent of drivers do not believe marijuana makes a difference in their driving ability. However, the study that Sessions references doesn’t actually say that. Instead, it found that 97 out of 893 drivers surveyed reported having previously used marijuana within 2 hours of driving. While 61.9 percent of that group said marijuana didn’t hinder their driving ability, that number reflected only 6.7 percent of all the 893 drivers surveyed.

CLAIM #5: YOU CAN COMPARE VEHICLE CRASH RATES BEFORE AND AFTER LEGALIZATION.

Inslee and Ferguson disagree with Sessions’ assertion that driving while under the influence of marijuana has increased in Washington state since marijuana legalization. Those statistics aren’t reliable, Inslee and Ferguson say, because testing for THC during DUI stops used to be much rarer.

My opinion? Misinformation and exaggeration are tools used by many who rail against Washington’s legalization of marijuana. Hopefully, the current administration won’t take any adverse actions such as conducting federal investigations and/or prosecutions of citizens in Washington state who ingest marijuana. And hopefully, other states also legalize. Perhaps some momentum in that direction would persuade the feds to not be so aggressive in demonizing and outlawing marijuana.