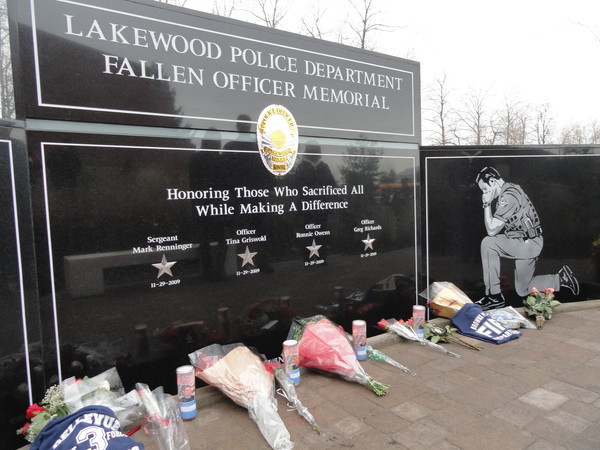 In the wake of the Lakewood police officer shooting tragedy, Representative Mike Hope (R-Lake Stevens) is drafting legislation to prevent serial offenders like Maurice Clemmons from having an opportunity to harm others. Hope, a Seattle police officer who works patrol when not in session, said this was at the top of his legislative agenda.

The three-part legislation will include two proposed changes to the Washington State Constitution and a sentencing enhancement, proposals he says would have prevented the murders of four Lakewood police officers Nov. 29.

The first bill would remove bail opportunities for dangerous individuals who have committed two felonies and are charged with a possible “third strike” felony offense.   The second bill would prevent defendants from receiving bail if they commit another violent crime in Washington and are proven dangerous to the public.  The third bill would require a sentencing enhancement against those who aid and abet criminals who are not bailable.

A change to the state constitution requires a two-thirds approval in both the House and the Senate and simple majority approval from voters.

My opinion?  Like everyone, I’m deeply saddened with the deaths of the four Lakewood Officers.  Their murders were completely meaningless and senseless.  I’m also disturbed the defendant’s friends/relatives assisted him.

That said, I question whether altering the WA Constitution and chipping away at a defendant’s rights is the answer to preventing similar murders from happening in the future.  I’m a staunch defender of constitutional rights.  Indeed, if I were to wrap an American flag around myself and proclaim my patriotism out loud, then THAT is the platform I stand upon: vigilant, aggressive protection of individual rights against a tyrannical government.

The proposed legislation is strong medicine.  Too strong.  At worst, defendants can be held without bail.  This is disturbing.  Under court rules, judges may hold defendants without bail only if the charge they face is a capital charge; like murder.  Additionally, judges must impose the least restrictive release alternatives to defendants.

Disallowing bail and indefinitely holding defendants in jail laughs in the face of “least restrictive alternative.” Finally, holding defendants without bail leads to “plea tenderization” by cutting defendants off from work and family.  As a result, defendants may plead guilty not because they committed a crime; but simply to get out of jail and move on with their lives.  That’s an utterly inhumane result if the defendant is innocent of the charges.