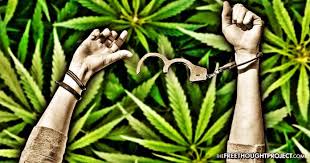 Informative article by Jim Brunner and Asia Fields of the Seattle Times reports that Gov. Jay Inslee will offer pardons to thousands of people with misdemeanor marijuana convictions, in an effort to help them move on from minor criminal records that can hinder housing and job prospects.
Under the plan, Inslee will pardon anyone who has an otherwise clean criminal record but with a sole conviction as an adult for misdemeanor possession of marijuana in Washington state.
Such a conviction must have occurred under state law, not a local ordinance, between Jan. 1, 1998, and Dec. 5, 2012, the effective date of Washington’s voter-approved Initiative 502, which legalized marijuana possession for users age 21 and older. The governor’s office estimates 3,500 people will be eligible for the pardons under its criteria.
Inslee announced his plan, called the Marijuana Justice Initiative, Friday morning in SeaTac at the Washington State Cannabis Summit, an annual conference sponsored by the legal marijuana industry.
“We shouldn’t be punishing people for something that is no longer illegal behavior in the state of Washington,” Inslee said at the event. He said he believes there is broad public support for the expedited pardon process.
When running for governor as a Democrat in 2012, Inslee opposed I-502, the marijuana-legalization measure. But he has since grown boosterish about the state’s marijuana trade, boasting to talk-show host Bill Maher last year that “we’ve got the best weed in the United States of America.”
Sheri Sawyer, a senior policy adviser to the governor, said Inslee’s pardon plan was motivated in part by the disproportionate impact of drug convictions on people of color.

People seeking a pardon can apply by filling out a simple petition form on the governor’s office’s website.

The new pardon process will allow applicants to skip the usual step of making a request to the state’s Clemency and Pardons Board, which typically reviews requests and makes recommendations to the governor, said Tip Wonhoff, the governor’s deputy general counsel.

For people granted pardons, the governor’s office will ask the State Patrol to remove those convictions from the criminal-history reports that are available to the public, though the records will remain available to law enforcement, according to a summary of the pardon plan provided by the governor’s office. Records also will remain in court files unless petitioners successfully petition to have them vacated by the court that imposed the sentence.

The pardon announcement comes amid Inslee’s well-publicized explorations of a 2020 presidential run. While relatively unknown in the field of potential Democratic contenders, Inslee has formed a federal political-action committee and garnered attention for making climate change the centerpiece of his potential national campaign.

Inslee’s advisers said he supports more sweeping legislation that would allow anyone with a misdemeanor adult marijuana-possession conviction to have it removed from their records.

A bill proposed in 2017 by Rep. Joe Fitzgibbon, D-Burien, would require sentencing courts to grant any person’s request to vacate such convictions. The proposal received a hearing but did not advance in the Legislature.

The city of Seattle has taken action to expunge old marijuana records. After a request by City Attorney Pete Holmes, Seattle Municipal Court judges last year moved to vacate convictions and dismiss charges for as many as 542 people prosecuted for marijuana possession between 1996 and 2010, when Holmes’ office ceased prosecuting marijuana possession.

My opinion? Kudos for Governor Inslee for making a bold step in the right direction. Washington has moved beyond prosecuting people for minor marijuana offenses. It seems right to vacate criminal convictions for these same offenses.

Please contact my office if you, a friend or family member face Drug Charges. Being convicted can limit career, housing and travel opportunities. Hiring qualified counsel is the first step toward gaining justice.