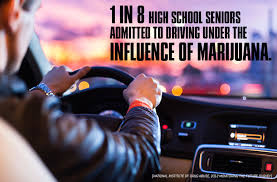 A recent news article by reporter E.J. Smith III of the Seattle Times reports that today’s driver’s license exams require not only a more thorough understanding of longstanding traffic laws but also an understanding of the risks associated with smartphones and the legalization of pot.

E.J. Smith III reports these driving issues are timely and should be addressed. For example, he quotes a recent study by the AAA Foundation for Traffic Safety concluded that teen drivers spend nearly a quarter of their driving time distracted. Additionally, one in six drivers involved in fatal crashes in Washington in 2014 had recently used marijuana, which is the most recent data available. Finally, according to the NSC preliminary estimates, 567 people died in motor-vehicle crashes in Washington last year, a 21 percent increase over 2014. Nationally, the increase was 8 percent.

“The old test didn’t have any questions on distractions,” said Nur Hassan, who has run MLK Simple Driving School in Seattle for three years. “Driving is very serious business, so people should not try to take it lightly or try to put in other distractions.”

My opinion? Kudos to the Department of Licensing for addressing issues of distracted driving and marijuana use. This is an excellent step in the right direction. Today’s teen driver’s need to know the risks of their driving behavior.

I practice a wide range of criminal defense, everything from low-level misdemeanors to Federal charges. I’m honored to represent them through difficult times. I’ve assisted clients who are minors charged with various forms of DUI (drugs as well as alcohol). Many didn’t know the slightest amount of alcohol or drugs in their system can lead to DUI charges. Others didn’t know the repercussions of their actions.

I’m a firm believer that education is the key to prevention. That said, if you’re interested in more information on these issues then please review my Drug DUI practice area and my Legal Guide titled Drug DUI’s in Washington: The Issues & Recent Case Law.