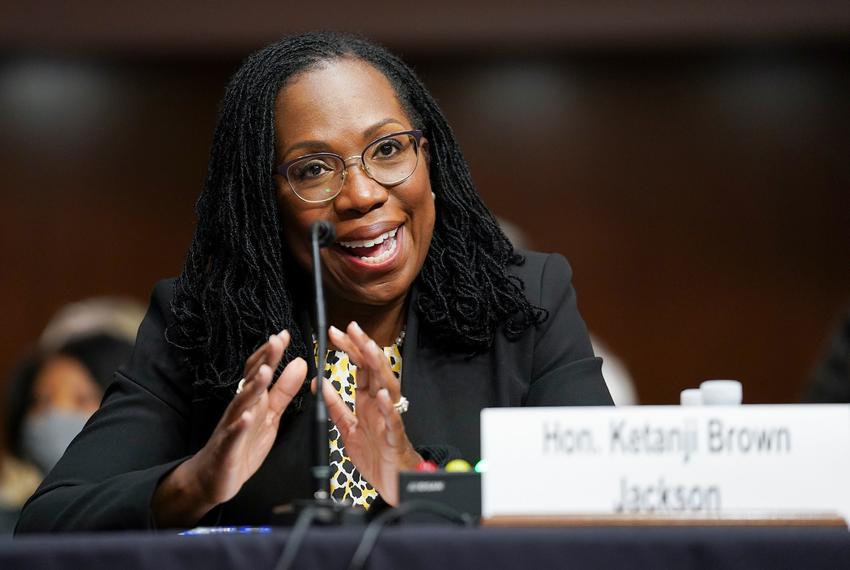 Last week, Justice Ketanji Brown Jackson was confirmed as the first Black woman to serve on the U.S. Supreme Court. She won by a 53-47 vote, with the support of 50 Democratic senators and three Republicans.
This is excellent news. Justice Jackson deepens the Court with her vast experience in criminal law. She is a former federal judge and public defender.

Who Is Ketanji Brown Jackson?

Ketanji Brown Jackson, born Ketanji Onyika Brown in 1970, is a former federal judge and public defender nominated by President Joe Biden to become an associate justice on the Supreme Court. She was the first Black woman to be nominated—and confirmed—for a seat on the high court. Jackson grew up in Miami and shared in her high school yearbook her goal to eventually receive a judicial appointment. She obtained both her undergraduate and law degrees from Harvard and is married to a fellow Harvard alum.

On February 25, 2022, President Biden announced he was nominating Jackson to fill the Supreme Court seat left open by the retirement of Justice Stephen Breyer. The U.S. Senate voted to confirm her on April 7, 2022.

Once she’s sworn in, Jackson will be the first Black woman to serve on the Supreme Court. She will also be the first federal public defender to sit on the court and the first justice since Thurgood Marshall to represent criminal defendants.

Though Jackson worked for several private law firms, she spent most of her legal career as a public servant. After earning her law degree from Harvard in 1996, she clerked for two federal judges. She held a Supreme Court clerkship for Justice Breyer during the 1999-2000 term.

Jackson took a job with the bipartisan U.S. Sentencing Commission in 2003, the first of her two stints on the commission. From 2005 to 2007, she worked as an assistant federal public defender in Washington, D.C. Her caseload included representing indigent clients and some detainees held at Guantanamo Bay.

Jackson returned to private practice before being selected to serve as vice-chair of the U.S. Sentencing Commission in 2010. She was seen as a consensus builder in shaping federal sentencing policy at a time when federal prisons were over capacity. The commission came to a unanimous agreement to lower federal drug sentences and granted this relief retroactively.

Ascension to the Bench

In 2012, Jackson was nominated by President Barack Obama to join the U.S. District Court in Washington, D.C. The Senate confirmed her by voice vote in March 2013.

On this court, Jackson’s notable cases included a 2019 ruling that President Donald Trump‘s former White House counsel could not use executive privilege to avoid a congressional subpoena. Her decision noted, “Presidents are not kings.”

On April 19, 2021, President Joe Biden nominated Jackson to join the U.S. Court of Appeals. Her Senate confirmation hearing had some contentious moments, such as when one senator asked if Jackson had been concerned that her role as a public defender had returned criminals to the streets. Jackson answered that her work had been a crucial part of the justice system.

Jackson’s interest in pursuing a legal career stretches back to seeing her father leave his job as a history teacher to enroll in law school. As her father studied legal texts, a preschool-age Jackson colored next to him.

Jackson’s father obtained his law degree and went on to be the chief attorney for the Miami-Dade school system. Her mother was also a teacher before she became the principal of a magnet public high school.

Jackson’s younger brother served as a police officer and in the military before also becoming a lawyer. An uncle was Miami police chief in the 1990s.

Jackson has another uncle who got involved in drug-related crime. By 1989, he’d received a life sentence thanks to a three-strikes law. His sentence was commuted in November 2016. Jackson referred her uncle to a law firm known for handling clemency petitions but otherwise was not involved in the commutation of his sentence.

We should certainly celebrate and support Jackson for this historic selection. It is always difficult to be the first in anything. She is the first Black woman – a historically discriminated and persecuted demographic – to sit on the Supreme Court of the United States. Despite these challenges, I have the utmost confidence that Jackson is up to the task and that our country will be ready to embrace her.