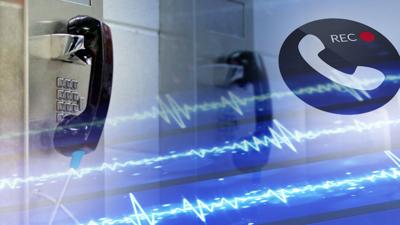 My clients in jail often ask me whether their phone calls from jail are recorded by the jail staff. In short, yes, they are. A recent case gives helpful insight to this  issues.

In  State v. Koeller, the WA Court of Appeals held that a jail inmate’s phone call with counsel that was recorded and was accessed by a deputy prosecuting attorney (DPA) did not establish a basis for dismissal of charges.  The DPA was the only person who accessed the 15-minute long call, and he stopped listening to the call after 8 seconds when he recognized defense counsel’s voice.

The defendant Mr. Koeller was alleged to have sexually abused his stepdaughter for years. The State also alleged aggravating circumstances of domestic violence and of an ongoing pattern of sexual abuse.

The Island County jail records incoming and outgoing phone calls, except for calls from attorneys. On October 11, 2017, Defense Counsel Mr. Platt provided his cell phone number to the Island County jail so the automated recording system would not record any calls made between him and the defendant Mr. Koeller. The jail failed to do so.

On March 26, 2019, about one week before the scheduled start of trial, Koeller filed a CrR 8.3(b) motion to dismiss as a result of the recording. The court denied the motion. In its ruling, the court found no one else “in connection with the State of Washington listened to the conversation.”

At trial, Koeller was convicted of multiple charges, including first degree child molestation. He appealed on arguments that the trial court mistakenly denied his Motion to Dismiss.

The Court of Appeals reasoned that a criminal defendant has a constitutional right to confer privately with Defense Counsel. Where the government violates this right, it creates a rebuttable presumption of prejudice to the defendant.

Here, however, Prosecutor heard only eight seconds of the call between Koeller and Defense Counsel. He heard no substance of the conversation and no one else in connection to the Prosecutor’s Office listened to the conversation. The State did not obtain any information material to the defense.

“Although Koeller argues the court abused its discretion because the State did not prove Chief Briones did not listen to the call, the trial court found otherwise, and its finding is supported by substantial evidence. Because the court’s findings support its conclusion that Koeller was not prejudiced, the court did not abuse its discretion by denying the CrR 8.3(b) motion to dismiss.” ~WA Court of Appeals.