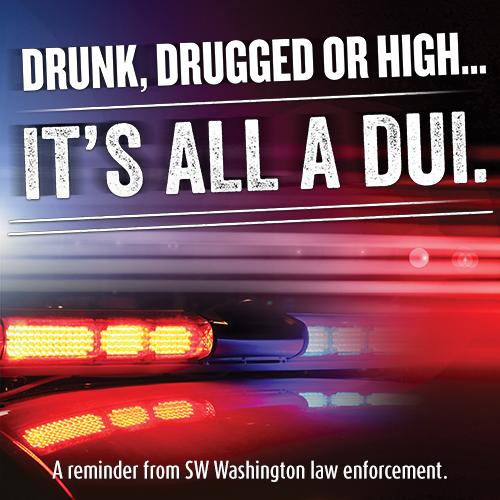 Extra DUI patrols will be enforced throughout Whatcom County from June 24 to July 4.

The patrols are part of an annual statewide emphasis on DUI enforcement. More than 20 percent of deaths related to drunk driving happen in June and July, according to the Washington Traffic Safety Commission, which is funding the increased patrols through a grant.

Drunk driving is involved in about half of all deaths on state roads, according to the commission. In 2010, there were 229 deaths involving a driver under the influence of alcohol or drugs in Washington. That’s 17 percent below the previous five-year average.