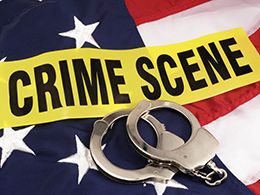 According to an article from the Crime Report, U.S. violent crime rates are lower than they have been for four decades, and prisons’ impact as a crime deterrent “is minimal at best.” Apparently, the Vera Institute of Justice gave two new briefing papers which countered the political rhetoric and unfounded assumptions which influence criminal justice policy.

In The Prison Paradox, author Don Stemen summarizes the weak relationship between incarceration and crime reduction, and highlights proven strategies for improving public safety that are more effective and less expensive than incarceration. He writes that, despite its widespread use, research shows that the effect of incarceration as a deterrent to crime is minimal at best, and has been diminishing for several years.

“Indeed, increased rates of incarceration have no demonstrated effect on violent crime and in some instances may increase crime,” writes Stemen. “There are more effective ways to respond to crime—evidenced by the 19 states that recently reduced both their incarceration and crime rates.”

The report suggests that policymakers should adopt “crime reduction strategies that seek to engage the community, provide needed services to those who are criminally involved, and begin to address the underlying causes of crime.”

“With a few hyper-localized exceptions that require targeted attention, violent crime rates are lower today than they have been at any point over the past four decades,” says Frederick. “However, this era of public safety has been misrepresented by some media reports and public commentary concluding that violent crime increases in a few cities equal a sweeping national problem.”

Apparently, over-generalizing data on homicides from a small sample of major U.S. cities has led to premature conclusions being drawn about a nationwide reversal of the general decline in violent crime.

Such reports were “unfounded,” the Frederick says, adding that today’s relatively lower crime rates are “not a cause for complacency because some of our communities are experiencing significant increases in violent crime.”

My opinion? It’s important for criminal defense attorneys to be informed and aware of crime trend data. Oftentimes, our judiciary mistakenly cites unproven or misinterpreted data when they hand down lengthy prison sentences to citizens convicted of crimes. Therefore, it’s important to “fact check” and assist our judiciary in making clear, reasonable decisions whenever possible using studies like those mentioned above.