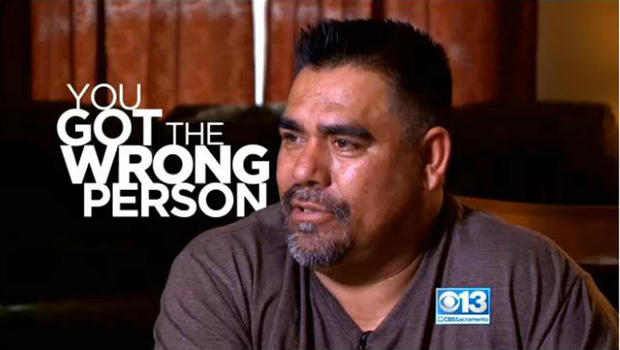 In Garcia v. County of Riverside, the 9th Circuit Court of Appeals held that an individual’s lawsuit against police may proceed when the jail did not engage in readily available identity checks to ensure that they were not detaining the wrong person.

Plaintiff was arrested for DUI in Riverside County, California, on November 26, 2012. He was booked in a Riverside County jail. A booked individual is electronically fingerprinted through a system called “Livescan.” The Livescan image is then sent to the California Department of Justice.

When Riverside County Sheriff’s Department (RCSD) officers searched for Plaintiff “Mario Garcia,” they found a felony warrant for Mario L. Garcia issued by the Los Angeles Superior Court in 1994. The warrant described Mario L. Garcia using only his first and last name, date of birth, height, and weight. The first and last name and birth date matched Plaintiff’s own. However, the authorities did not forward information on Mario L. Garcia’s biometric identifiers, middle name, or criminal record, all of which were different from Plaintiff’s.

AS a result, RCSD matched Plaintiff to the warrant and told him that he would be detained, despite Plaintiff’s protests that he was not Mario L. Garcia and that he had been mistakenly detained before based on the same warrant.

The next day Plaintiff was transferred to an LA County jail, where he alleges that he repeated his complaints to LASD officers. Plaintiff contends that LASD knew or should have known that he was not Mario L. Garcia for several reasons: (1) their middle names do not match; (2) their height and weight differ considerably (Mario L. Garcia is listed as 5’1″, 130 lbs. Plaintiff is 5’10”, 170 lbs.); (3) Plaintiff’s biometric identifiers, including fingerprints and CII number, did not match the subject’s; and (4) Plaintiff’s criminal history, which was linked in the system to his fingerprints, did not match the subject’s.

Plaintiff sued under 42 U.S.C. § 1983, alleging violations of the Fourth Amendment and Fourteenth Amendment by LASD, LA County, and several other defendants. He also brought state-law claims against LASD and LA County. He claimed that it is the policy of LASD to ignore identification processes, to ignore prisoners’ complaints of misidentification, and to accept an outside agency’s determination that an arrestee is the subject of a warrant rather than conduct an independent identity check upon booking in LA County.

The LASD and LA County’s defense was “Qualified Immunity.”

For those who don’t know, “Qualified Immunity” protects government officials from lawsuits alleging that they violated plaintiffs’ rights, only allowing suits where officials violated a “clearly established” statutory or constitutional right. When determining whether or not a right was “clearly established,” courts consider whether a hypothetical reasonable official would have known that the defendant’s conduct violated the plaintiff’s rights. Courts conducting this analysis apply the law that was in force at the time of the alleged violation, not the law in effect when the court considers the case.

The “Qualified immunity balances two important interests—the need to hold public officials accountable when they exercise power irresponsibly and the need to shield officials from harassment, distraction, and liability when they perform their duties reasonably.”

Here, the 9th Circuit decided that law enforcement’s failed to investigate his claim of mistaken identity after he was arrested. There was an obvious physical discrepancy between the warrant subject and Mr. Garcia, the most obvious which consisted of a nine-inch difference in height. That, accompanied by a detainee’s complaints of misidentification, should prompt officers to engage in readily available and resource-efficient identity checks, such as a fingerprint comparison, to ensure that they are not detaining the wrong person.

My opinion? Excellent decision. Civil rights violations do not always involve incidents of police shootings or beatings. Wrongful incarceration is covered, too. I’m happy the 9th Circuit understands this.