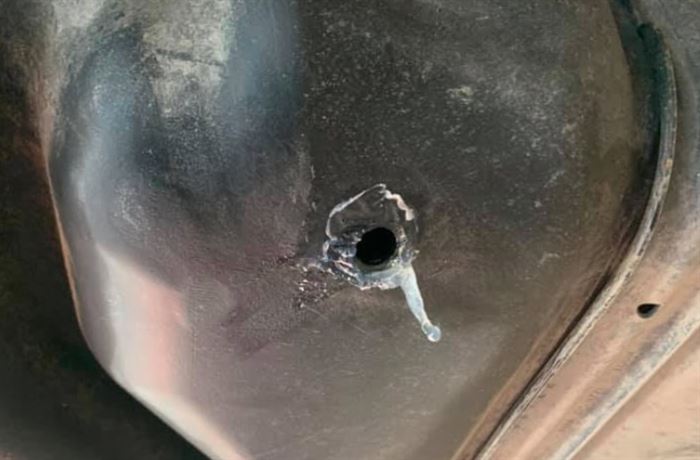 King5.com reports that local police departments are warning residents of a potential increase in gas thefts.

In Everett alone, at least seven gas thefts have been reported in the past six months. Some gas thieves are using rubber hoses to siphon the fuel out while others are using power tools to drill holes in gas tanks. Residents are advised to park their vehicles in well-lit areas or in garages to deter thieves.

Other communities in western Washington are also reporting gas theft. In Lacey, a suspect was seen siphoning gas out of a minivan on surveillance video. This took place at the Lacey Veterans Service HUB, according to the Lacey Police Department.

Gas prices hit an average of $4.79 Wednesday in the Seattle-Bellevue-Everett area and an average of $4.63 statewide, according to AAA. Nationally, a gallon of gas costs about $4.25 according to data from AAA. This is the highest price it’s been since 2014, as the country was pulling out of the 2008 recession.

“This is a sign of the times, you know . . . It’s thieves looking for ways that they can make money by stealing what is becoming an increasingly more expensive and valuable commodity, gasoline.” ~Doug Shupe, Corporate Communications Manager, AAA

The surge in price is being spurred on partially by high demand as the country begins to return to normal after the omicron surge of COVID-19, global oil instability thanks to the Russian invasion of Ukraine, and renewed worries about domestic production after President Joe Biden announced a total ban on Russian energy imports as punishment for the invasion.

Theft of gas poses serious danger risks. Interfering with gas pipes or gas meters is a dangerous crime, putting personal safety on the line and the safety of other people and neighboring properties. Gas theft can also carry hefty repercussions for those found guilty.

Gasoline theft is a type of theft where the criminal steals gasoline from another without paying market value for it. Gasoline theft is more common when oil prices rise. It typically occurs in one of two ways: pump and run and siphoning.

Pump and runs occur when the criminal pumps gas at a gas station and leaves without paying. Most gas stations require payment prior to pumping, so this type of gas theft is no longer very common.

Siphoning is a method of stealing gas from someone’s car. The perpetrator siphons off the gas by sticking a hose into another car’s gas tank and sucking the gas out. The thief siphons the gas into their gas can. Gas is usually siphoned from parked cars.

For a criminal to be found guilty of gas theft, three elements must be proven:

Please contact my office if you, a friend or family member are charged with Theft or any other crime. Hiring an effective and competent defense attorney is the first and best step toward justice.