In State v. Ramirez, the WA Court of Appeals held that cell site location testimony is widely accepted throughout the country, and it is not error under ER 702, to allow an FBI agent with sufficient training and experience to testify regarding historical cell site analysis.

Mr. Ramirez was charged with two counts of premeditated first degree murder and one count of unlawful possession of a firearm. All crimes occurred at Spokane County’s Broadway Square Apartments.

In addition to other pretrial motions, the defense also filed a motion to exclude a report and testimony from FBI Special Agent Jennifer Banks. The State named Special Agent Banks as an expert witness on historical cell site analysis. According to Banks’s report, records obtained from Mr. Ramirez’s cell phone provider placed him near the Broadway Square Apartments 10 minutes before the first 911 call was placed. The defense argued that Banks’s testimony should be struck based on late disclosure and because it failed to meet both the Frye standard for admissibility and the criteria for expert testimony under ER 702.

The parties argued the pending pretrial motions on the morning set for trial. Prior to jury selection, the trial court also held a Frye hearing to determine the admissibility of Special Agent Banks’s testimony. She testified that due to being a member of the FBI’s Cellular Analysis Survey Team (CAST), she received training in deciphering cell phone records.

These tests involve driving through a location with a scanning device which uploads cellular frequencies in a given area to a computer program and plots signal strengths on an area map. Agent Banks testified that CAST agents had testified in approximately 400 courts throughout the country and that the CAST methodology is more widely accepted in the law enforcement community than any other cellular location method.

Defense counsel argued that Agent Banks’s testimony should be struck because her expert report was untimely and because the FBI’s mapping software had not been validated. The State made clear that it would not object to a continuance if Mr. Ramirez wanted more time to evaluate Agent Banks’s report. However, Mr. Ramirez insisted on moving forward with trial as scheduled. The trial court ultimately permitted the State to go forward with Agent Banks’s testimony, finding that the substance of the testimony was not novel.

During her testimony, Agent Banks explained how her CAST analysis applied to Mr. Ramirez’s case. Agent Banks said Mr. Ramirez’s call detail records included not only a code for each cell site antenna activated by Mr. Ramirez’s phone calls and texts, but also the 120-degree angle that the antenna had been pointed at the time of connection. By plotting the call detail data onto a map, Agent Banks determined Mr. Ramirez’s cell phone was in the area of the Broadway Square Apartments at 9:24 p.m. on November 1, 2014. This was approximately 10 minutes before the first 911 calls.

In addition to interpreting the call detail records, Agent Banks explained the field test she performed in connection to Mr. Ramirez’s case. To perform the test, Special Agent Banks drove through Spokane Valley, collecting cell tower frequencies with an FBI scanner. The FBI’s scanning software was then able to generate a map, showing the coverage strength area for each of the cell towers activated by Mr. Ramirez’s cell phone. The maps developed from the drive-through process largely corroborated the information indicated from the maps developed solely from the call detail records.

The jury found Mr. Ramirez guilty as charged. He appealed.

Among other issues, Mr. Ramirez argued the trial court erred when it found Agent Banks’s cell site analysis admissible under Frye and ER 702. Mr. Ramirez complained that the software program used by the FBI is proprietary, and thus has not been subject to independent peer review. He also claimed Agent Banks’s testimony was unhelpful to the jury because the FBI cell site location methodology failed to account for imperfections in the cell transmission process, such as weather, obstructions, and network traffic.

The Court of Appeals discussed the Frye standard for determining the admissibility of novel scientific evidence. The standard has two parts. It asks (1) whether the underlying theory is generally accepted in the scientific community, and (2) whether there are techniques utilizing the theory that are capable of producing reliable results. Evidence not involving “new methods of proof or new scientific principles” is not subject to examination under Frye. The Court also reasoned that with respect to the Frye standard, cell site location testimony is not novel; and is widely accepted throughout the country:

“Historical cell-site analysis can show with sufficient reliability that a phone was in a general area, especially in a well-populated one. It also shows the cell sites with which the person’s cell phone connected, and the science is well understood.”

Furthermore, the Court reasoned that Agent Banks bolstered the reliability of her historical analysis by performing a drive-through analysis of the signal strength of the cell towers activated by Mr. Ramirez’s cell phone and evaluating the particular characteristics of the cell tower with which Mr. Ramirez’s phone connected, including its power and the direction its antennae were facing.

“The theories behind the drive-through test/cell tower strength testimony were sound,” reasoned the Court. It is not novel or uncommon to measure the strength of cell tower or radio frequencies. In addition, computer programs routinely generate maps that correspond to real-world data. “Concerns about the FBI’s software program did not present a reason for excluding Agent Banks’s testimony under Frye, said the Court.

Finally, the Court of Appeals decided the trial court also did not abuse its discretion in admitting Agent Banks’s testimony under ER 702. “It is undisputed that Agent Banks qualifies as an expert in historical cell site analysis,” said the Court. “Her testimony was also helpful to the jury.” The Court explained that Agent Banks did not overestimate the quality of her cell site analysis. Throughout her testimony, she made the jury aware of the imprecision of cell site location information. She cross tested the information obtained from the cell location records with information from her drive-through signal strength test. “Mr. Ramirez cannot identify any realistic risk that the jury would have been confused by the nature of this testimony. The evidence was therefore properly admitted.”

With that the Court of Appeals affirmed Mr. Ramirez’s judgment and sentence.

My opinion? Interesting decision. The admissibility of this evidence involves challenges which, in turn, involve very complex questions of physics, signal timing, reliability, etc. First, does the network reliably collect and report the underlying data, in particular the signal timing and power measurements? Second, is the enhanced historical cell sector analysis a reliable method to determine accurate location information for a target cell phone at a point in the past? A closely related third question is what scope of expertise required to establish the reliability of the data collected and the methods used to interpret that data. 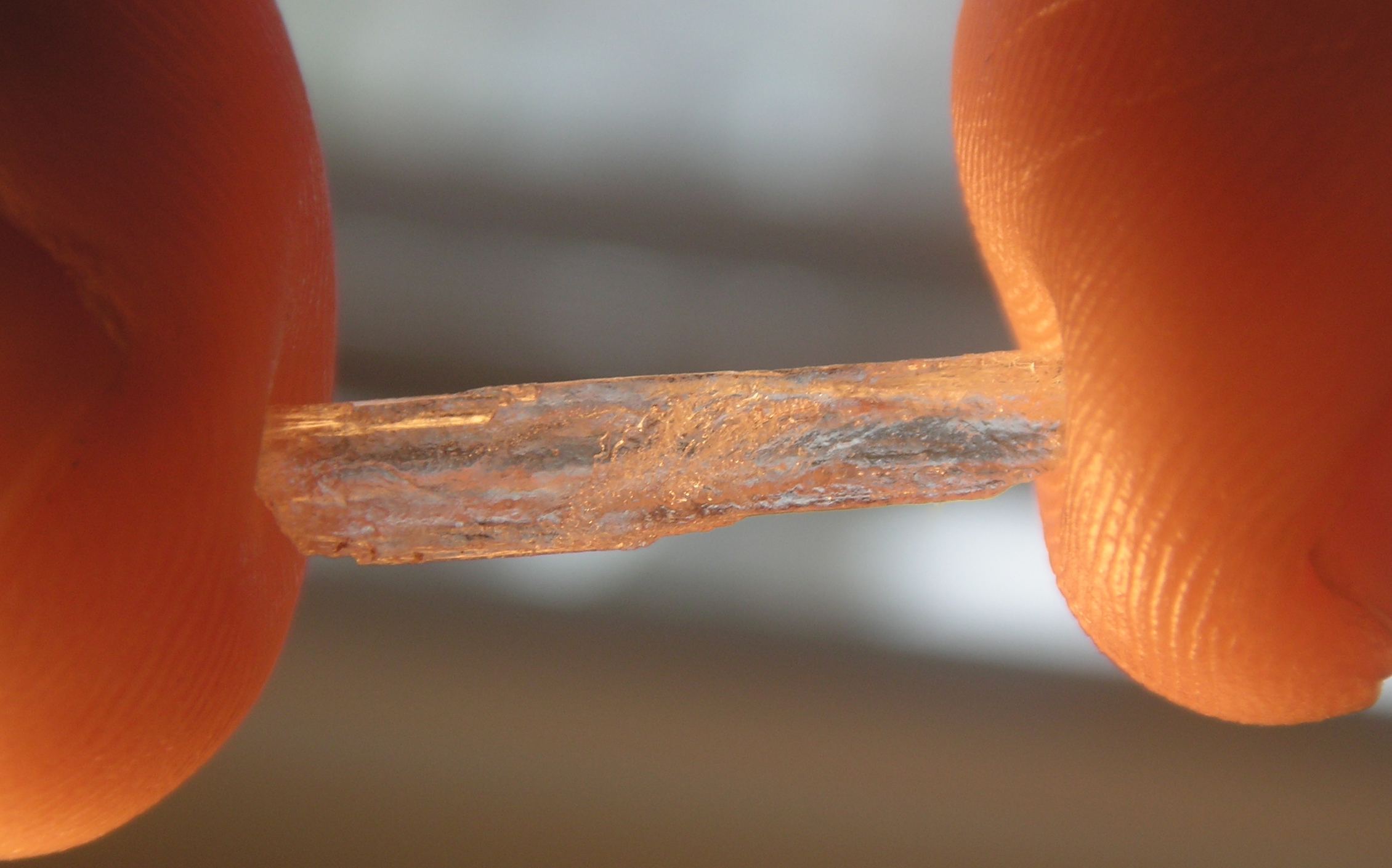 In State v. Richmond, the WA Court of Appeals held that a defense expert witness’s proposed testimony regarding the effects of methamphetamine was properly barred at trial because the expert never met or examined the victim and increased aggression is only one possible effect of methamphetamine ingestion.

When emergency personnel arrived at the scene, it was determined Mr. Higginbotham had suffered severe head trauma. He was unconscious and eventually transported to
Harborview Medical Center in Seattle. He died shortly thereafter.

Mr. Richmond lodged a self-defense theory against the State’s murder charges. In support of this theory, Mr. Richmond sought to introduce testimony from several experts. One of the experts was David Predmore. Mr. Predmore was offered to testify about the general effects of methamphetamine consumption on human behavior. According to the defense, this testimony was relevant because high levels of methamphetamine had been found in Mr. Higginbotham’s system at the time of his death.

On appeal, the issue was whether the trial court violated Mr. Richmond’s constitutional right to present a defense by excluding his expert’s testimony.

“Mr. Richmond argues the trial court violated his constitutional right to present a
defense by excluding expert testimony,” said the Court of Appeals. “We disagree.”

“Expert testimony is helpful if it concerns matters beyond the common knowledge of the average layperson and does not mislead the jury. A proposed expert’s testimony is not helpful or relevant if it is based on speculation.”

With that, the Court of Appeals upheld the conviction.

Please contact my office if you, a friend or family member are charged with a crime after responding in self-defense. Hiring competent and experienced counsel is the first step toward receiving a just resolution.