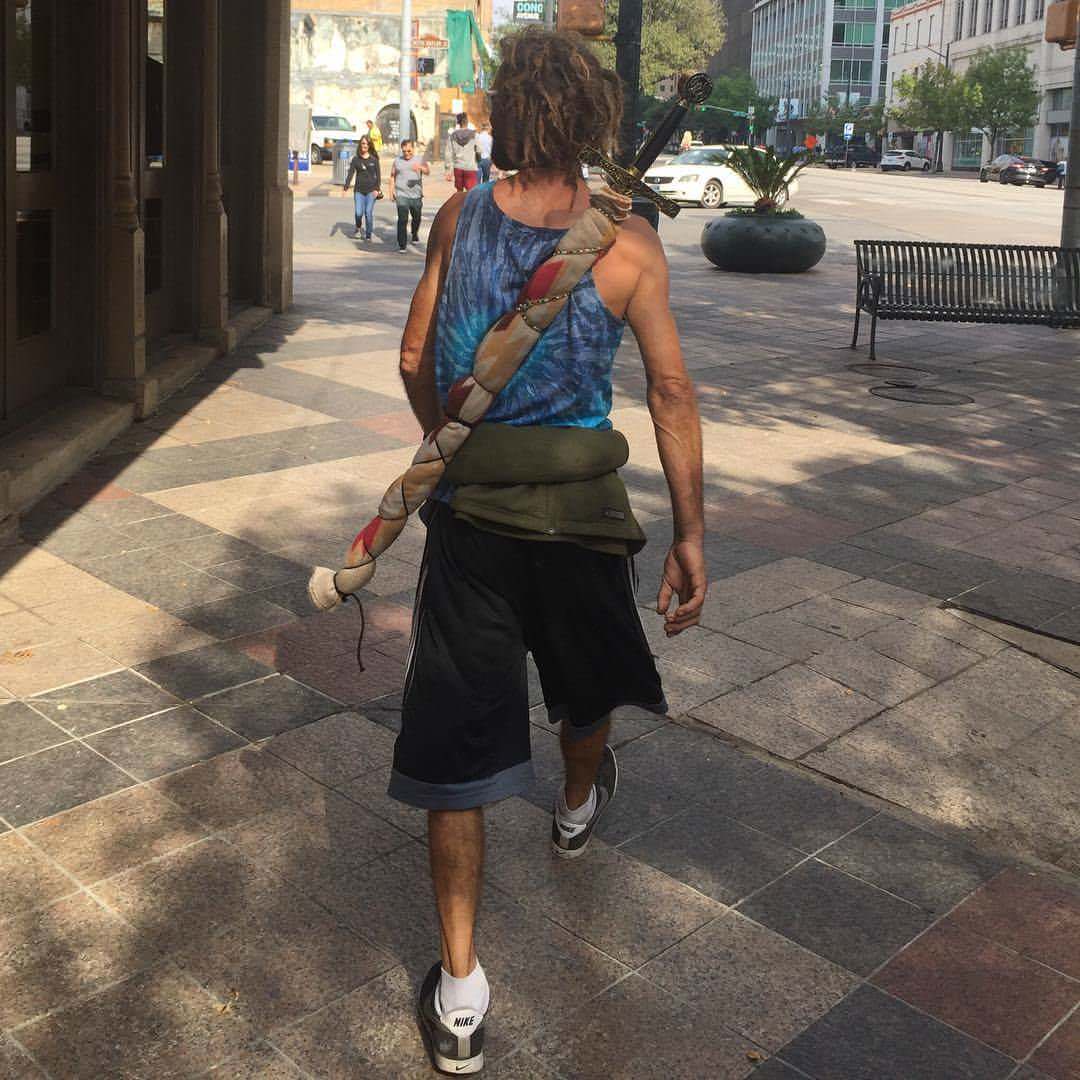 In Zaitzeff v. City of Seattle, the WA Court of Appeals held that while a sword is  constitutionally protected as an “arm,” the Defendant’s conviction for violating a Seattle’s Ordinance prohibiting the carrying of a dangerous weapon was valid.

In May 2018, Mr. Zaitzeff walked around Green Lake Park with a sheathed sword hanging from his neck. A citizen called 911. The caller said Zaitzeff was wearing a thong, approaching women, and taking photos of them. When police officers arrived, they confirmed he had a sword, which measured about 24 inches long.

Zaitzeff acknowledged he was aware of the ordinance against fixed blade knives and that he was not hunting, fishing, or going to or from a job requiring a sword. The officers took the sword and cited him.

The City charged Zaitzeff with Unlawful Use of Weapons under SMC 12A.14.080(B). Zaitzeff moved to dismiss the charge, challenging the ordinance as unconstitutional as applied to his case. The Seattle Municipal Court denied the motion, concluding that the sword is not a constitutionally protected arm. Zaitzeff went to trial. Despite arguing a Necessity Defense that he carried the sword because he was assaulted in the past, the court found Zaitzeff guilty as charged.

The Court of Appeals held that the federal and state constitutions protect Zaitzeff’s sword as an arm:

“Historically, swords have been weapons of offense used to strike at others. And while law-abiding citizens do not typically carry swords for lawful purposes today, as further discussed below, swords were common at the time of founding . . . As law-abiding citizens traditionally used swords for self-defense, we conclude that both constitutions protect Zaitzeff’s sword as an arm.” ~WA Court of Appeals

Nevertheless, the Court also engaged a lengthy constitutional analysis and held that Seattle’s ordinance was reasonably necessary to protect public safety and welfare. Furthermore, the ordinance was substantially related to the goal of preventing sword-related injuries and violence:

“The ordinance does not severely burden his constitutional rights as it allows the defendant to purchase a sword and, in a secure wrapper, carry it home, carry it to be repaired, and carry it to abodes or places of business.” ~ WA Court of Appeals.