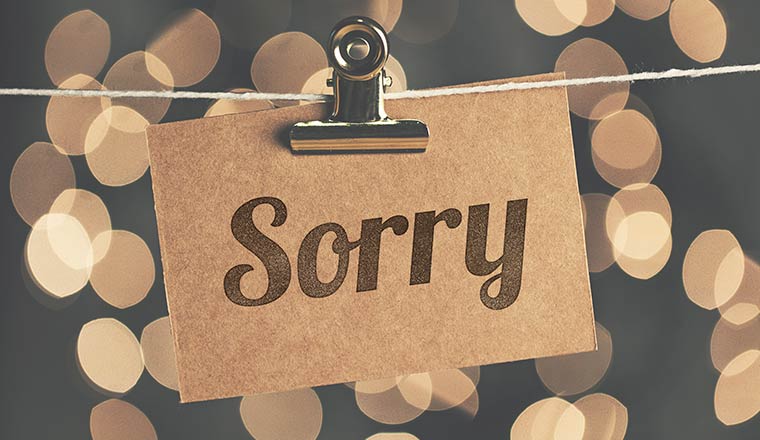 In State v . K.H.-H., the WA Supreme Court held that a defendant’s First Amendment free speech rights are not violated by a requirement that the offender write an apology letter to the victim of the crime.

K.H.-H., a 17-year-old male, was charged with assault with sexual motivation after he forced himself on C.R., a female acquaintance who attended the same high school. The juvenile court found K.H.-H. guilty. At the disposition hearing, the Prosecutor requested the court order K.H.-H. to write a letter of apology to the victim. Defense Counsel objected, insisting that K.H.-H. maintained the right to control his speech. The Court followed the Prosecutor’s recommendations and ordered K.H.-H. to write an apology letter. The court also imposed three months of community supervision.

K.H.-H appealed. Eventually, his case ended up in the WA Supreme Court.

In short, the Court upheld the sentencing requirement that K.H.-H write the apology letter.

“A letter of apology demonstrates a recognition and acceptance of responsibility for harmful actions. Such a condition is reasonably necessary for K.H.-H. to recognize what he did was wrong and to acknowledge his behavior. Additionally, an apology letter recognizes the victim’s interest in receiving an apology from the perpetrator. An apology allows the victim to hear an acceptance of responsibility from the very person who inflicted the harm. This is particularly important where both the victim and perpetrator are juveniles, and demonstrates to both the significance of giving and receiving an apology for wrongful acts.

This further advances the rehabilitative goals of the statute. The outward manifestation of accepting and apologizing for the consequences of one’s actions is a rehabilitative step that attempts to improve K.H.-H.’s character and outlook. Such a condition is reasonably related to the purpose of K.H.-H. ‘s rehabilitation and the crime here. One must face the consequences of a conviction, which often include the loss or lessening of constitutional rights.”

Justice McCloud dissented. Among other things, his dissent says the following:

“Compelling a false apology for a crime the defendant denies committing is far from the least restrictive means of achieving rehabilitation. In fact, it is probably the most ineffective way to achieve that result.”

An interesting case, no doubt.

I strive for reductions and dismissals in all of my cases. Sometimes that means taking accountability for what happened. Consequently, that also means apologizing. An apology letter to the judge is a great place to start. They are a great way to demonstrate responsibility and remorse for your actions. While an apology letter to the judge/magistrate is often an excellent way to show your remorse after you have committed an offence, it’s success will largely depend on how serious the crime was. Among other things, judges consider your likelihood at re-offending.

A sincere apology letter may show you have learnt your lesson and may go some way to proving this. Writing a letter to the victim can be one way of repairing the harm caused. Remember, judges have a fair amount of discretion when sentencing. They can consider the fact that you have taken responsibility for your actions as well as paid for any loss or damage caused. Finally, many victims will be happy to receive a sign of your recognition of the harm that you have caused them, especially if your crime wasn’t intentional or didn’t cause a great deal of harm.