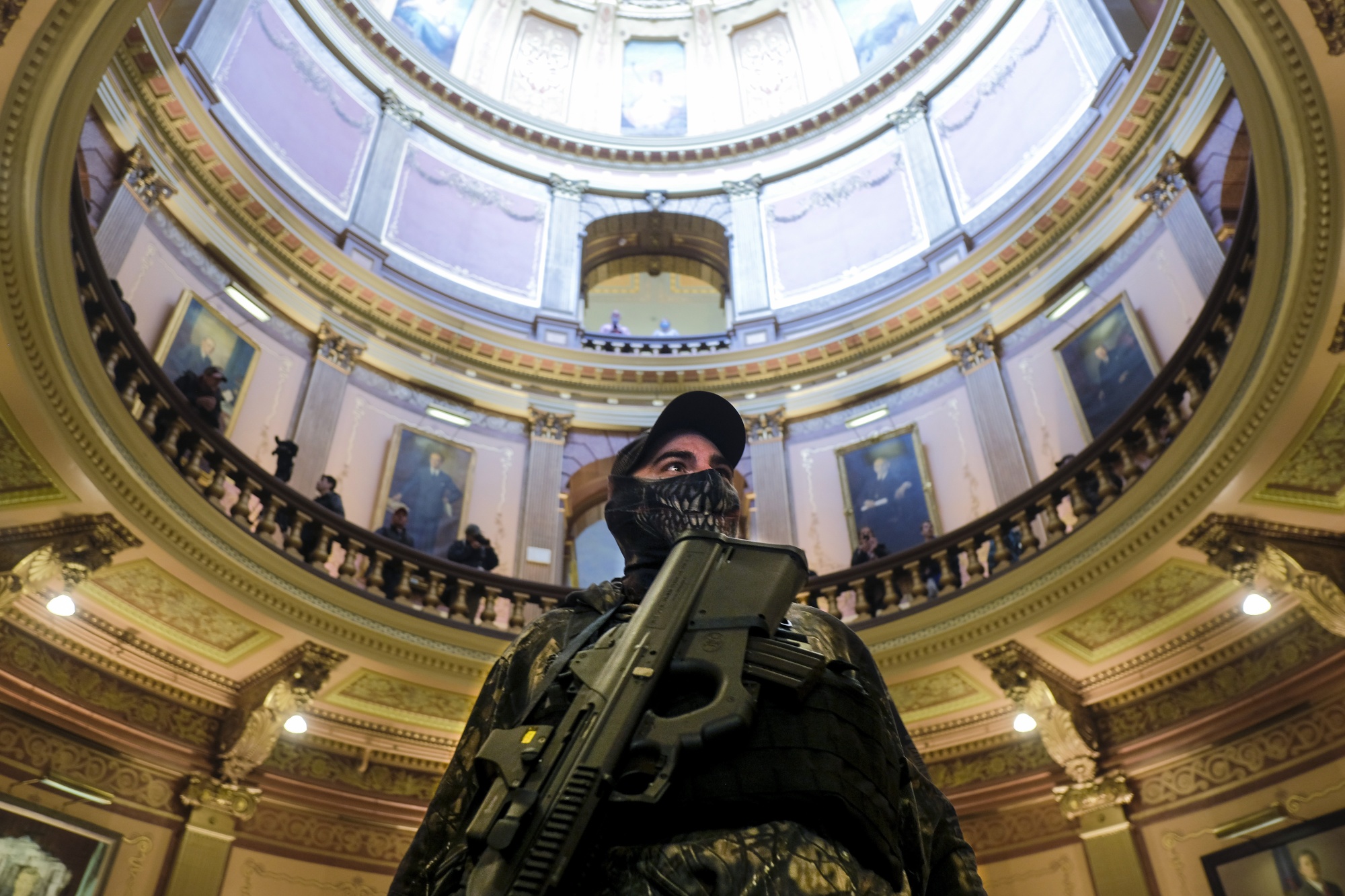 The Washington State Capitol has long been the site of armed and unarmed protests. Until recently, armed protests at the Capitol have taken place without violence, bloodshed or gunfire.

In December, however, shots were fired at two clashes between demonstrators who were pro-former President Donald Trump and counterdemonstrators near the Capitol grounds, injuring one person. Consequently, lawmakers are considering a bill that would ban the open carry of firearms on Capitol grounds and at other public demonstrations.

Senate Bill 5038 would make it a gross misdemeanor to open carry firearms and other weapons at the state Capitol campus, legislative meetings and within 1,000 feet of a public demonstration. The bill’s prime sponsor, Sen. Patty Kuderer, D-Bellevue, said that an increase in armed vigilantism is becoming an alarming trend.

Kuderer argues that her bill would ensure that weapons are not used to intimidate peaceful demonstrators, and would decrease the potential for lethal violence.

“The purpose of open carrying a weapon at a protest is to intimidate people . . . It only serves to increase the risk of violence or death. And we’ve seen over the past several years armed groups engage with peaceful protestors, and sometimes with deadly consequences.” ~Sen. Patty Kuderer

According to Washington State Patrol spokesperson Chris Loftis, there have been 149 unpermitted demonstrations or events at the Capitol since COVID-19 restrictions went into effect in the spring.

Washington is an open-carry state, but the Capitol would be added to a list of places where firearms are already banned, including jails, courtrooms, airports, schools and mental health facilities.

Please contact my office if you, a friend or family member are charged with a crime involving firearms. Hiring an effective and competent defense attorney is the first and best step toward justice.