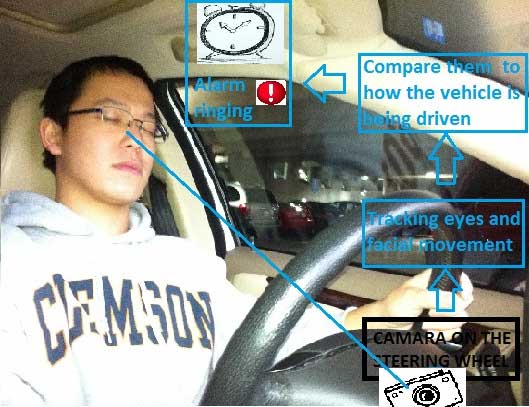 Great article by journalist Murray Slovik says that technologies are needed for alcohol-impairment detection in cars.

Apparently, DUI remains a leading cause of injury-involved highway crashes. According to the National Highway Traffic Safety Administration (NHTSA), in 2020, roughly one in three traffic fatalities resulted from crashes involving alcohol-impaired drivers.

Since 2000, more than 230,000 people have lost their lives in crashes involving alcohol, again according to NHTSA. In 2020, an estimated 11,654 fatalities occurred in alcohol-impaired crashes. This number represented about 30% of all traffic fatalities that year and a 14% increase over the 10,196 individuals who died because of alcohol-impaired crashes in 2019. This comes at a time when vehicle miles traveled in the U.S. decreased by about 13.2% in 2020.

In response, the National Transportation Safety Board (NTSB) is making a major push to cut down on the number of alcohol-related crashes and deaths. They’ve asked the NHTSA to require that all new cars have an alcohol detection device in them. This move stems in part from an investigation into a California crash that killed nine – including seven children.

The NTSB is recommending measures leveraging new in-vehicle technologies that can limit or prohibit impaired drivers from operating their vehicles as well as technologies to prevent speeding. They include:

The issues of impaired driving and excessive speeding are both on the NTSB’s Most Wanted List of Transportation Safety Improvements. To prevent alcohol and other drug-impaired driving crashes, the NTSB has called for, as previously mentioned, in-vehicle alcohol detection technology as well as the lowering of the blood alcohol concentration limit to .05 g/dL or lower. They also recommend alcohol ignition-interlock devices for people convicted of driving while intoxicated and that regulators develop a standard of practice to improve drug toxicology testing.

Furthermore, the NTSB has called for a comprehensive strategy to eliminate speeding-related crashes. It would combine traditional measures like enforcement and regulation with new technological advances such as speed limiters and intelligent speed-adaptation technology.

The NTSB is looking for regulators to develop performance standards for such advanced speed-limiting technology targeted at heavy vehicles including trucks, buses, and motor coaches. They want regulators to require all newly manufactured heavy vehicles be equipped with such devices. NTSB also wants:

Research suggests speeding is a problem that’s worsening. In 2020, there were 11,258 fatalities in crashes in which at least one driver was speeding, according to the NHTSA. This simply underscores that speeding increases both the chances of being involved in a crash and the severity of crash injuries.

Please contact my office if you, a friend or family member are charged with a DUI, Reckless Driving or any other crime. Hiring an effective and competent defense attorney is the first and best step toward justice.