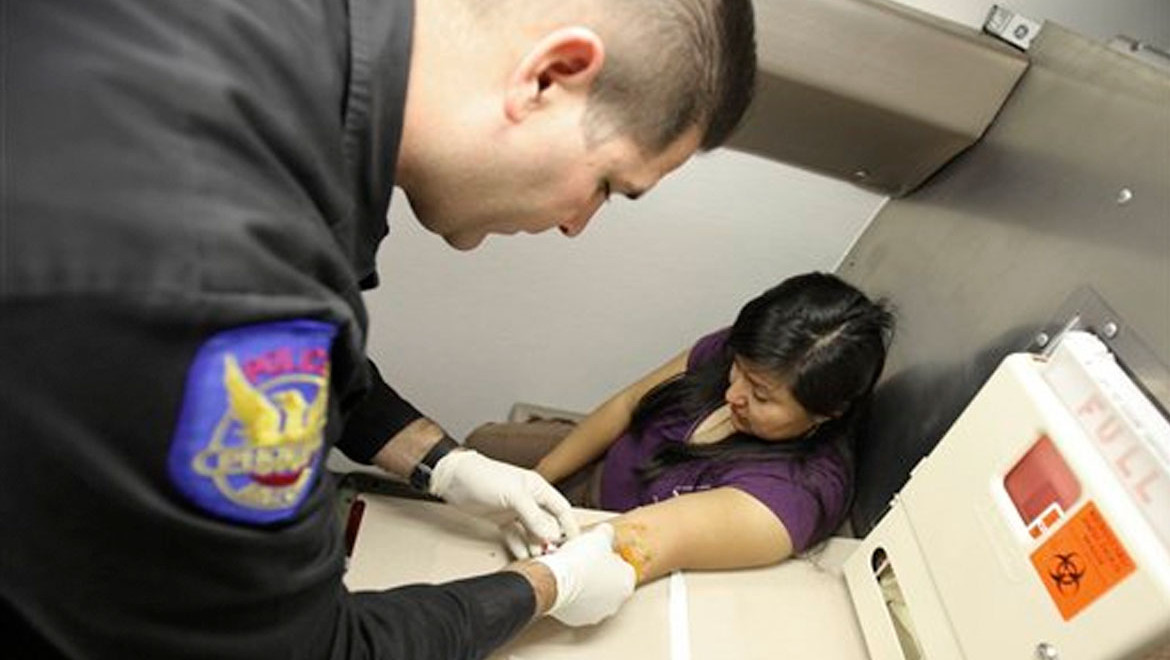 In State v. Pearson the WA Court of Appeals Division I held that (1) exigent circumstances did not support a warrantless blood draw for marijuana, (2) it’s reversible error to discuss the .05 THC limit in a DUI case that arose prior to the passage of I-502.

Defendant Tamisha Pearson was a medicinal marijuana patient due to numerous health problems. She struck a pedestrian with her car, pulled over and called 911. Seattle Police Officers arrived. Officer Jongma was a drug recognition expert. Pearson initially denied consuming any drugs or alcohol that day. She agreed to perform field sobriety tests.

Some of Pearson’s behavior during the sobriety tests indicated she was impaired. Pearson told Officer Jongma that she is authorized to consume medicinal marijuana and that she had smoked earlier in the day. Based on that, Officer Jongma arrested Pearson for suspicion of Vehicular Assault and DUI.

On August 18, 2012, the City of Seattle charged Pearson in Seattle Municipal Court on one count of driving while under the influence of an intoxicating drug. The court initially granted Pearson’s motion to suppress the blood evidence.

At trial, the City introduced testimony of forensic toxicologist Justin Knoy of the Washington State Toxicology Laboratory. Over Pearson’s objection, the City elicited testimony from Knoy that the per se legal limit of THC concentration under Washington law was 5 nanograms. At the time, however, no per se limit for THC concentration in Washington existed when the accident occurred. The jury found Pearson guilty of DUI.

First, the Court of Appeals decided the City failed to show that obtaining a warrant would have significantly delayed collecting a blood sample. It reasoned that the natural dissipation of THC in Pearson’s bloodstream alone did not constitute an exigency sufficient to bypass the warrant requirement.

Second, the Court of Appeals decided the trial mistakenly admitted testimony from the toxicologist regarding THC limits. At the time, evidence of the .05 legal THC limit was NOT in effect when the offense occurred and was irrelevant to the central question at trial—whether Pearson’s ability to drive was lessened in any appreciable degree by her use of marijuana. The court reasoned the evidence was highly prejudicial because the blood test showed that Pearson had a THC concentration of 20 nanograms. Consequently, evidence of the current per se legal THC limit of 5 nanograms invited the jury to retroactively apply law that was not in effect at the time of the alleged offense and conclude that the blood evidence alone was sufficient to prove guilt.

The Court of Appeals held that, under these circumstances, the trial court did not abuse its discretion when it refused to include Pearson’s proposed jury instruction because she was able to argue her theory of the case based on the instructions given.

In conclusion, the Court of Appeals reversed the Defendant’s conviction and remanded it back to the lower court.

My opinion? Good rulings; especially the one regarding the mistakenly-admitted testimony from the Toxicologist. I-502’s legal limits regarding THC was not in effect at that time. Having a witness testify to limits was, therefore, a mistake.