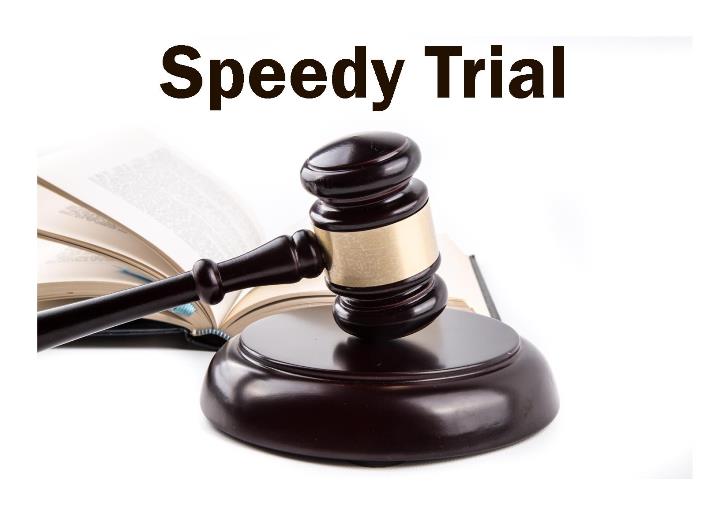 Can’t agree with the Supremes on this one . . .

In State v. Iniguez, the WA Supreme Court decided a defendant’s speedy trial rights were not violated even though a defendant waited in jail 8 months and objected to all continuances.

Following his arrest on First Degree Robbery, Mr. Iniguez remained in custody pending a joint trial with his codefendant.  An 8-month delay between arraignment and trial took place.  During this time, the State moved for a total of four trial continuances, the last of which the State sought because it learned — belatedly — that a key witness was out of town.  Iniguez objected to all continuances.  The trial court denied his objections and pretrial motions.  At trial, the jury found Iniguez guilty.  He appealed.

The Court of Appeals reversed Iniguez’s conviction.  The court held the eight-month delay between arrest and trial was prejudicial and violated Iniguez’s constitutional right to speedy trial.

Also, under the four-factor Blakely analysis, the Court also reasoned that although the circumstances of the delay were substantial enough to presume harm to Iniguez, the level of violation of Iniguez’ speedy trial rights wasn’t enough to justify dismissing his case.

The Court ruled 5-4 against Iniguez, holding there was no constitutional violation of his right to a speedy trial.

My opinion?  My thoughts are similar to dissenting Judge Sanders.  I agree with the majority opinion that the length of delay in this case — coupled with the fact that Iniguez spent all of it in custody — gave rise to a presumption of prejudice.  The defendant’s trial delay was nearly nine months.  The delays arose because of the State’s need to interview witnesses, joinder with the co-defendant, scheduling conflicts, and the late discovery of the unavailability of a key witness one week prior to trial.

None of the delays were caused by Iniguez himself.  Indeed, he objected to continuing his case at every opportunity!  Finally, Iniguez was prejudiced because he was in jail during this entire process.  This is very substantial.  Incarceration carries detrimental effects: loss of job, disruption of family life, idleness, etc.  Time spent in jail is simply dead time.

How were Iniguez’s Speedy Trial rights NOT violated?