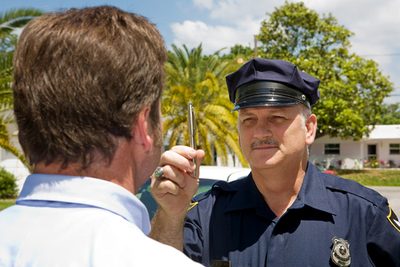 In State v. Eriksen, the WA Supreme Court decided that tribal police officers can pursue motorists beyond the limits of tribal lands after having observed them commit a traffic infraction on the reservation.

A Lummi Nation Police Department officer witnessed a motorist on the reservation driving at night with high beams and drifting across the center divider.  He began following the vehicle and activated his emergency lights.  After traveling a quarter mile the car pulled into a gas station located off the reservation.  The police officer witnessed the driver, Loretta Eriksen, hop over the car’s center console and into the passenger’s seat.  The officer detained Eriksen until a Whatcom County police deputy arrived, who arrested her for DUI.

Ms. Eriksen was convicted for DUI.  The trial court said Lummi Nation’s inherent sovereign power authorizes tribal police to continue in “fresh pursuit” of offenders who drive off the reservation.

The Supreme Court agreed.  It reasoned  that the Lummi Nation is a sovereign nation with inherent authority to enforce its laws and detain Indians or non-Indians who violate those laws.  Courts have long recognized the right of law enforcement officers to cross jurisdictional lines when in hot pursuit of a violator.

The court said this doctrine should apply to sovereign tribal nations as well.  “The Lummi Nation Police Department has authority under the Lummi Nation’s sovereign authority and under the Washington Mutual Aid Peace Officers Powers Act of 1985, chapter 10.93 RCW, to enforce its laws by continuing the ‘fresh pursuit’ of suspects off the reservation and then detaining these suspects until authorities with jurisdiction arrive.”

My opinion?  I’m not surprised.  Recently, the WA Supremes have deciding other “hot pursuit” cases in similar fashion.  Indeed, in State v. Rivera-Santos, a recent case which my blog covered earlier this month, the WA Supremes decided that a defendant, who drove under the influence of alcohol in both Washington and Oregon, could be convicted of a DUI in both states without violating his constitutional rights IF law enforcement was engaged in hot pursuit across state lines.

Additionally, I’ve found the criminal justice system is extra tough on defendants who “elude” law enforcement with high-speed chases.  Eluding is a fairly serious felony, especially if the defendant already has felony convictions on their criminal record.