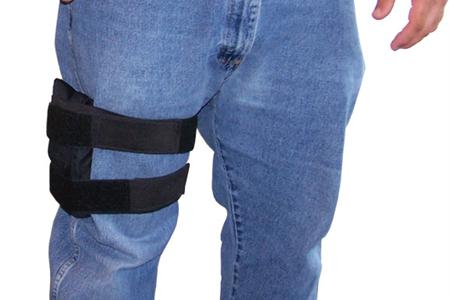 In State v. Afeworki, the WA Court of Appeals Division I held, among other rulings, that a “Band It” prisoner restraint system worn by the Defendant during trial does not violate the Constitutional right to a fair trial or the presumption of innocence.

The Defendant Tomas Afeworki was charged with Murder in the First Degree. During pretrial proceedings, he experienced significant and ongoing conflict with each of his several attorneys. On the eve of trial, Afeworki repeatedly threatened his attorney, who was permitted to withdraw as a result. Afeworki was, thereafter, required to represent himself. He was found guilty.

On appeal, Afeworki contends that this deprived him of his right to counsel. After threatening his attorney, Afeworki was also required to wear a “Band It” physical security restraint, not visible to observers, while in the courtroom. Afeworki argues that wearing the “Band It” violated his right to a fair trial.

The court reasoned that under State v. Finch, a defendant in a criminal case is entitled to appear at trial free from all bonds or shackles except in extraordinary circumstances. This is to ensure that the defendant receives a fair and impartial trial as guaranteed by the Sixth Amendment and Fourteenth Amendment of the United States Constitution and the Washington State Constitution.”

In short, restraining a defendant during trial infringes upon this right to a fair trial for several reasons: (1)it violates a defendant’s presumption of innocence, (2) it restricts the defendant’s ability to assist his counsel during trial, (3) it interferes with the right to testify in one’s own behalf, and (4) it offends the dignity of the judicial process.

Washington case law also says that, given the constitutional implications of using restraints in a criminal trial, shackles or other restraining devices should only be used when necessary to prevent injury to those in the courtroom, to prevent disorderly conduct at trial, or to prevent an escape. That said, a trial court has broad discretion to determine which security measures are necessary to maintain decorum in the courtroom and to protect the safety of its occupants.

A trial court may consider the following factors in determining whether the use of restraints is justified: the seriousness of the present charge against the defendant, their temperament and character, age, physical attributes, past record, past escapes or attempted escapes, evidence of a present plan to escape, threats to harm others or cause a disturbance, self-destructive tendencies, the risk of mob violence or of attempted revenge by others, the possibility of rescue by other offenders still at large, the size and the mood of the audience, the nature and physical security of the courtroom and the adequacy and availability of alternative remedies.

The court described the “Band-It” restraint system as a device that essentially as a 50,000-volt taser contained in a band that is worn under a sleeve or pant leg. Unlike most restraints, which are either visible to jurors or readily perceived by jurors, the Band-It is not visible when the wearer is clothed. Also, unlike other restraints, the Band-It does not in any way directly constrain the wearer’s movements. In fact, the Band-It can cause a wearer’s movements to be constrained only when it is activated.

“The court thereby fashioned a comprehensive order that protected both Afeworki’s constitutional rights and the safety of the people present in the courtroom for his trial. The trial court’s decision was reasonable. There was no error.”