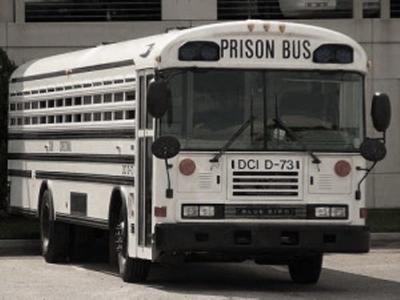 Today, the Bellingham Herald reported that the City of Bellingham shall transport inmates to a King County jail if the Whatcom and Yakima County jail don’t have room available.

Recently, council members approved a contract with the South Correctional Entity regional jail (SCORE) located in King County.
It was reported that because the City did not promise to send a certain number of inmates to the facility per year, the cost to house someone there would be charged at higher rate of $157 per day.

The City has moved inmates to Yakima County Jail on a weekly basis since mid-January, in response to Whatcom County Sheriff Bill Elfo’s policy shift in the new year to keep the population in the main Whatcom County Jail at or below about 212 inmates. The daily cost to house inmates in Yakima is about $54.

Under the agreement, the City shall transfer inmates who only have misdemeanor charges in Bellingham. The county is still responsible for all people being held on felony charges, regardless of which agency books them into jail.

It was reported that since the beginning of the year, there have been on average about seven inmates with Bellingham-only charges in the main jail on any given day. Consequently, the City’s inmates are a relatively small percentage of the total jail population.

As of Friday, March 18, the City had eight people in the main jail, 13 in the work center on Division Street, and seven people on electronic home monitoring through the City’s contract with Friendship Diversion Services.