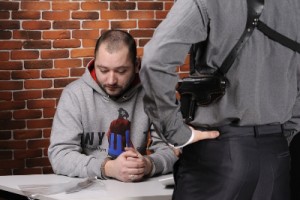 In Seattle v. St. John, the WA Supreme Court held that police may obtain a search warrant for a blood sample when motorists refuse to give a breath test.

After crashing his motorcycle in Seattle, Robert St. John was investigated for DUI. A police officer asked St. John to consent to a blood alcohol test.  St. John refused.   The officer obtained a warrant for the test.  The results were suppressed in municipal court based on a broad interpretation of a provision of the Implied Consent Law that prohibits performing the test once consent has been refused. The superior court reversed and the Court of Appeals certified three questions to the Supreme Court:

I echo the dissenting opinion of Justice Charles Sanders.  Simply put, an officer cannot force a driver to submit to a blood test if the driver refuses consent.  However, under the majority opinion’s reasoning, a driver’s refusal to consent to a Breath test is essentially meaningless.