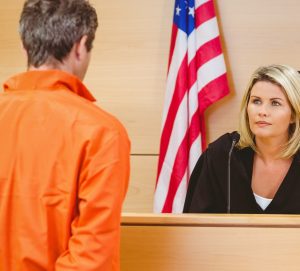 In State v. Charleton, the WA Court of Appeals held that even though a defendant lacks counsel at arraignment, this error is harmless because setting bail has no effect on the remainder of the case.

The defendant challenged his convictions on arguments that he lacked counsel at a critical stage of the proceedings. Therefore, this failure to appoint counsel violated the Sixth Amendment to the United States Constitution and required reversal of his convictions.

The Court of Appeals (COA) gave a 5-part analysis of the legal issues below discussed below:

The COA explained that superior courts are required to process defendants  in court as soon as possible, “but in any event before the close of business on the next court day.” A court must provide a lawyer at the “preliminary appearance” pursuant to court rule. And the right to an attorney accrues as soon as feasible after the individual is taken into custody, appears before a judge, or is formally charged, whichever occurs earliest. Consequently, the COA reasoned that Mr. Charleton’s right to counsel attached after he was charged and appeared for arraignment.

Here, the COA explained that a “critical stage” is one which a defendant’s rights may be lost, defenses waived, privileges claimed or waived, or in which the outcome of the case is otherwise substantially affected. Critical stages involve pretrial procedures that would impair defense on the merits if the accused is required to proceed without counsel.

Even Though Charleton’s Second Appearance Involving Bail Was a Critical Stage, His Appearance Without an Attorney Was Harmless Error.

The COA reasoned that an error is harmless if the State establishes beyond a reasonable doubt that the verdict would have been the same result without the error. Here, the trial court’s imposition of bail on an unrepresented Mr. Charleston had no effect on his case resolution.

“Because of the court’s bail decision and the continuance of the arraignment, Charlton was in jail for an additional 10 days. His brief continued detention certainly did not pervade or contaminate the entire proceeding. Therefore, there was no structural error and we must apply the harmless error analysis.” ~WA Court of Appeals.

My opinion? Bad decision. Lack of defense counsel at bail hearings can potentially cripple a defendant’s ability to fight the charges. At arraignment, defense attorneys often argue bail and release conditions. A competent defense attorney can persuade the judge to lower the bail recommended by the prosecution. Even better, a defense attorney can persaude the judge to release the defendant on personal recognizance. Defendants who are released from jail are better positioned to assist in their defense. They can help locate  witnesses, enter treatment programs and contemplate substantive defenses.

Please review my Making Bail legal guide and contact my office if you, a friend or family member are charged with a crime. Hiring an effective and competent defense attorney is the first and best step toward justice.