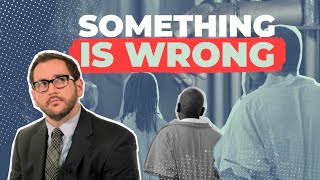 A report finds wide disparities in how much Washington’s criminal defendants are required to pay in fines and fees.  According to the University of Washington study released Tuesday, Hispanics are charged significantly higher fees and fines than non-Hispanic whites; men are fined more than women; and drug cases bring greater fees and fines than violent crimes do.

The study examined all superior court cases resolved in the first two months of 2004 — nearly 3,400 cases. The researchers determined that the system is illogical and hinders people from rejoining society, especially because of the high 12 percent interest rate they must pay on the fines. Three years after the defendants were sentenced, about half had made no payments.

My opinion? This is disgraceful.  The report provides empirical data that our justice system is horribly inconsistent when it comes to administering costs/fees upon defendants.  Unbelievable.  The lesson?  Don’t get caught committing crimes if you’re minority, male, and come from out of town.