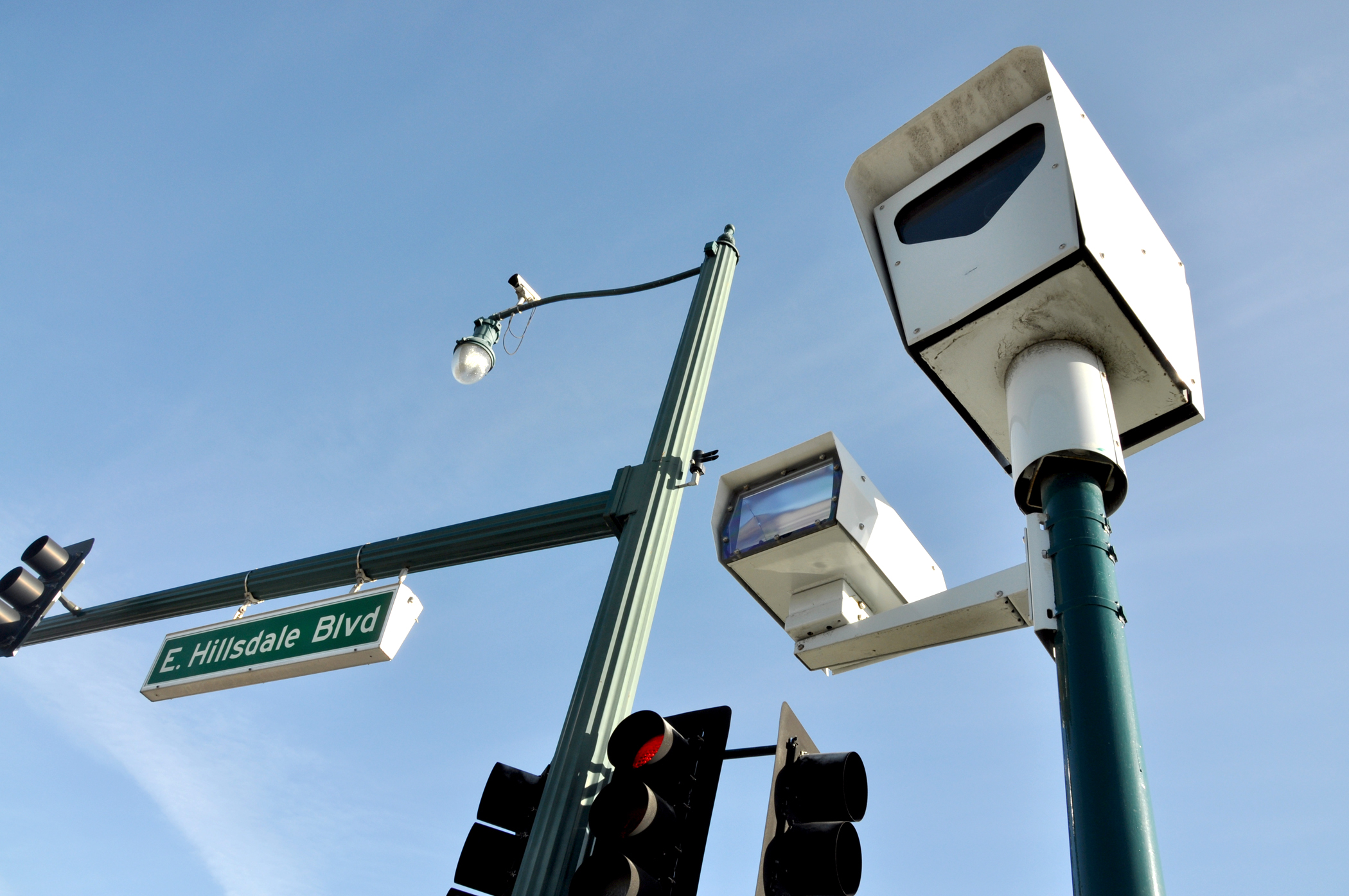 Beginning April 1, motorists in Bellingham can expect to see traffic cameras at six locations that have been pinpointed as areas with high instances of speeding in school zones or vehicles running red lights. The first 30 days is an amnesty period where violators will receive warning tickets.

When the City Council voted on the camera ordinance on Nov. 23, Councilman Seth Fleetwood was the lone opposer saying it was a “tough decision.” Ultimately, Fleetwood voted against it saying, “Do we want to live in a place with cameras?”  Fleetwood also disagreed with the City Council’s decision to cancel a public hearing on the subject.  The City Council never rescheduled the meeting.  He called the cancellation “A bad move.”

Based on traffic studies in conjunction with the Bellingham Public Works Department, the Police Department came up with four locations for traffic cameras to detect red-light running: westbound on Holly Street at N. Forest Street; northbound on Ellis Street at Lakeway Drive; northbound on Meridian Street and Telegraph Road; and southbound on Samish Way at 36th Street, near Sehome Village.

Here’s how they work: when a vehicle runs a red light or is detected speeding at one of the intersections, the video equipment is triggered capturing about 12 seconds of footage including the vehicle’s license plate. State law stipulates that the camera may take pictures only from the rear of the vehicle and never the faces of the driver or passengers. Electronic images may not be used for any other purpose and must not be retained longer than necessary to enforce the violation.

The cameras are always in operation but capturing footage only when they are triggered by a vehicle in violation.  Images and video are reviewed by ATS and then a Bellingham Police officer trained on the equipment affirms each violation. If you receive a notice, you can make the payment to ATS or appeal. If you were not the driver of the vehicle, you can contest it in writing.

Studies conducted by ATS and other private companies show that camera installation creates safer streets. However, independent studies and those done by news organizations have shown an increase in accidents at intersections where cameras have been installed.

My opinion?  Bad idea.  I’ll tell you a secret: yellow lights are timed MUCH shorter at intersections with traffic cameras.  Quite literally, you must be already driving through the intersection when the light turns yellow.  Otherwise, you’ll be caught, pictured, and ticketed.  These traffic lights are not proven to decrease bad driving behavior.  They are, however, proven to increase revenue for municipalities.  THAT’S what this is about.