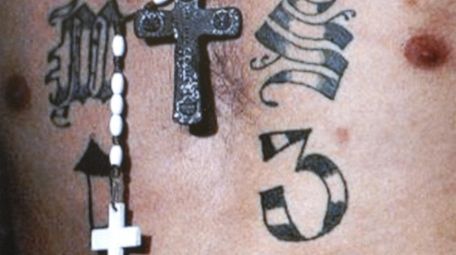 Informative news from Andrea Noble of The Washington Times gives us insights into the priority and trajectory of federal prosecutions nowadays.

“Now they will go after MS-13 with a renewed vigor and a sharpened focus,” Mr. Sessions said Monday as he addressed the International Association of Chiefs of Police conference in Philadelphia. “Just like we took Al Capone off the streets with our tax laws, we will use whatever laws we have to get MS-13 off of our streets.”

The priority designation will instruct federal agencies such as the IRS, FBI, Drug Enforcement Administration and Immigration and Customs Enforcement to target the El Salvador-based gang not just with drug laws but also tax, racketeering and firearms laws.

Ms. Noble wrote that prior to this year, the task force was only able to get involved in cases when they involved the drug trade or money laundering. But changes to the task force’s authority in this year’s budget allow the Justice Department to directly name an organization as a priority.

The change will mean that the task force can now get involved in a broad range of cases involving MS-13, also known as Mara Salvatrucha, including anything from murder prosecutions to firearms violations.

Noble says that Mr. Sessions has singled out MS-13’s involvement in the drug trade as a priority as his department has sought to combat both illegal immigration and an influx of drugs brought in the country from overseas.

“Drugs are killing more Americans than ever before in large part thanks to powerful cartels and international gangs and deadly new synthetic opioids like fentanyl,” Mr. Sessions said.

– $100 million in grants will pay for state and local agencies to hire more police officers.

My opinion? We see some overlap in how the Trump administration and the Department of Justice are handling immigration issues with criminal prosecutions. Remember, the Trump administration promised to build a wall separating the United States from Mexico in order to keep out  the “rapists and criminals,” that he referred to as Mexican immigrants. Therefore, we should not be surprised that Attorney General Jeff Sessions’ tough-as-nails approach to gang prosecutions – Mexican gang prosecutions, mind you – is part and parcel to Trump’s immigration policies.