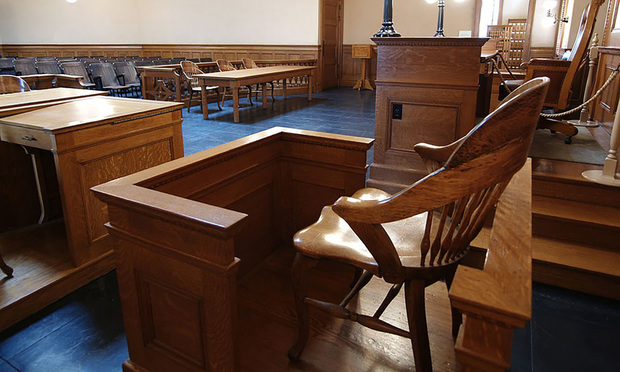 In State v. Abitia, the WA Court of Appeals Division I decided that it was improper testimony and reversible error that an expert witness for the State – a Sexual Assault Advocate, no less – testified that people who molest children often do not tell the truth and when subjected to polygraph testing and often admit to committing more sexual abuse than the child victim reported.

The facts were such that defendant Raymond Abitia went to trial on one count of Rape of a Child in the Second Degree and one count of Distribution of a Controlled Substance to a Minor. The alleged victim was Abitia’s daughter, KM. At trial, KM disclosed the abuse after an incident in Skagit County that occurred shortly after she turned 14 years old.

Gaasland- Smith testified that it is not unusual for children to delay disclosure. She said while there is no single reason that applies in every case, there are many reasons a child may not immediately disclose. A perpetrator may have offered the child rewards, money, or special attention in exchange for silence. The child may value the relationship with the perpetrator, fear being seen as abnormal, or think that the sexual contact feels good.

Up to this point, there was nothing particularly objectionable about Gaasland-Smith’s testimony. KM did not disclose abuse until the Skagit County incident and even then she resisted disclosing it to the police. Abitia’s defense strategy was to challenge KM’s credibility. It is generally permissible for a jury to hear expert testimony explaining why delayed disclosure does not necessarily mean the victim lacks credibility.

But in response to the prosecutor’s next question, Gaasland-Smith began to veer toward generalities about perpetrators. She said, “Kids can be told by perpetrators that, urn, that other adults believe adults, they won’t necessarily believe a child.” Abitia objected to “this whole line of questioning as to what do other sexual predators do. Abitia’s attorney objected to the testimony.

The court overruled the objection, stating that “what kids can be told by perpetrators … is appropriate testimony for an expert witness.” The court warned the prosecutor to “be very cautious so that generalization does not directly or indirectly suggest to the jury that that is what has happened” in this case.

Gaasland-Smith went on to discuss reasons why children may be afraid to disclose. She testified that most of the time, children do not disclose everything all at once. When asked about the basis of her knowledge, she answered that sexual deviancy evaluations show it is common to discover that “more happened than the child ever told.” In the course of this answer, Gaasland-Smith testified that a sexual deviancy evaluation includes a lie detector test because “oftentimes people who do this kind of thing don’t tell the truth.”

The jury convicted Abitia as charged. The case was appealed on the issue of whether the expert witness’s testimony was improper.

The Court of Appeals reasoned “Perpetrator Profile Testimony” is improper because it “clearly carries with it the implied opinion that the defendant is the sort of person who would engage in the alleged act, and therefore did it in this case too.” Gaasland-Smith’s line of testimony about what perpetrators do should have been cut off when the objection was first raised. Her opinion that sex offenders lie about their conduct implied that Abitia was lying when he denied having sexual contact with KM. No witness may testify as to an opinion on the veracity of the defendant, either directly or inferentially.

The Court also reasoned that Gaasland-Smith’s testimony that offenders can be trusted to tell the truth only when they are subject to lie detector tests was also unduly prejudicial. Ordinarily, polygraph evidence is inadmissible absent stipulation by both parties because the polygraph has not attained general scientific acceptability. Therefore, Gaasland-Smith’s improper reference to lie detectors bolstered her opinion that sexual offenders, as a class, are liars.

The Court of Appeals reversed the conviction.

My opinion? Excellent decision. It indeed invades the providence of the jury for experts to discuss “Perpetrator Profile Testimony” in the context of jury trials. It sways jurors far too much, and leads to unfair jury trials like the one above.