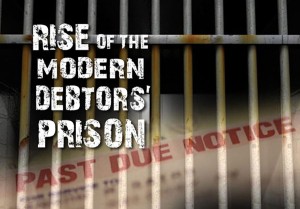 In July 1999, James Nason pleaded guilty to one count of second degree burglary.  He largely failed probation and neglected paying court fines.  At numerous times, he was sentenced to jail for these failures.   In July 2006, he was charged and sentenced with another crime.  The court ordered Nason to serve 60 days in jail.  Additionally, the order included an auto-jail provision; which said that if he failed to pay court fines by a certain date, he had to either request a stay or book himself into jail.

The WA Supremes held due process requires that a court inquire into a defendant’s ability to pay legal financial obligations (LFO’s) at the time it incarcerates the defendant for failure to pay.  In short, “auto jail” violates due process.

The court’s reasoning was simple:

Here, Because due process requires the court to inquire into  Nason’s reason for nonpayment,  and because the inquiry must come at the time of the collection action or sanction, ordering Nason to report to jail without a contemporaneous inquiry into his ability to pay violated due process.

My opinion?  The Supremes exercised sound reasoning.  It violates due process to impose immediate jail if defendants cannot pay future court fines.  The decision to impose jail is a question which should be decided at a future time.  Jail should not be imposed because of some future-retroactive court condition.  Period.  Good decision.