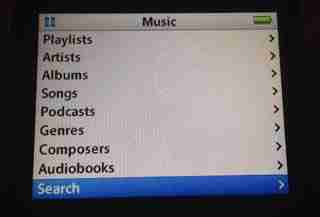 In State v. Jardinez, the Court of Appeals held that a community corrections officer’s (CCO) review of video on a parolee’s iPod Nano violated the parolee’s constitutional rights because the CCO did not have a reasonable suspicion based on articulated facts that the iPod Nano contained evidence of past, present or future criminal conduct or violations of the parolee’s conditions of release.

The defendant Felipe Jardinez was an parole for Drive-By Shooting and Unlawful Possession of a Firearm Second Degree. He served prison time followed by 18 months of community supervision. The conditions of community custody included requirements to report to his CCO, refrain from possessing controlled substances and refrain from possessing firearms.

On November 3,2011, Felipe lardinez missed a scheduled meeting with his CCO. The CCO called Jardinez. The two scheduled to meet the next day. During the appointment, Martinez asked Jardinez to submit to a urinalysis test. Jardinez admitted that the test would show marijuana use.

The CCO instructed Jardinez to empty his pockets. Jardinez placed an iPod Nano onto a desk. The CCO was interested in the iPod because parolees occasionally take pictures of themselves with other gang members or “doing something they shouldn’t be doing.” When the CCO handled the iPod, Jardinez appeared nervous. Nevertheless, the CCO lacked facts that the iPod video player would show evidence of a crime or violation of the conditions of the defendant’s community custody.

The CCO accessed the iPod. He found a video recorded earlier that morning. The CCO played the video. It showed  Jardinez pumping a shotgun in his bedroom. Jardinez was arrested. Police searched his home and found the shotgun seen in Jardinez’s iPod video.

Jardinez was charged with Unlawful Possession of a Firearm First Degree. Jardinez moved to suppress the evidence obtained through the CCO’s search of his iPod, and all evidence seized as a result of law enforcement officers searching his home as the spoiled fruit of the unlawful viewing of the video on his iPod.

The trial court granted Felipe Jardinez’s motion to suppress. The court concluded that a warrantless search of the iPod would be justified only if the CCO had a reasonable suspicion based on articulated facts that the device contained evidence of past, present or future criminal conduct or violations of the defendant’s conditions of community custody. The case went up on appeal.

At issue was whether the CCO had legal authority to search the content of Jardinez’s iPod when the CCO did not expect the search to yield evidence related to either of the known parole violations, Jardinez’s failure to appear, or his marijuana use.

The Court of Appeals reasoned that unless an exception is present, a warrantless search is impermissible under both article I, section 7 of the Washington Constitution and the Fourth Amendment to the U.S. Constitution. A trial court may suppress evidence seized from an illegal search under the Exclusionary Rule or the Fruit of the Poisonous Tree Doctrine.

The Court further reasoned that Washington law recognizes that probationers and parolees have a diminished right of privacy that permits a warrantless search based on probable cause. Parolees and probationers have diminished privacy rights because they are persons whom a court has sentenced to confinement but who are serving their time outside the prison walls. Therefore, the State may supervise and scrutinize a probationer or parolee closely.  Nevertheless, this diminished expectation of privacy is constitutionally permissible only to the extent necessitated by the legitimate demands of the operation of the parole process.

If an offender violates any condition or requirement of a sentence, a community corrections officer may arrest or cause the arrest of the offender without a warrant, pending a determination by the court or by the department. If there is reasonable cause to believe that an offender has violated a condition or requirement of the sentence, a community corrections officer may require an offender to submit to a search and seizure of the offender’s person, residence, automobile, or other personal property.

Also, the Court based its decision principally upon the Sentencing Guidelines Commission’s comment about RCW 9.94A.631(1). The Commission wrote as its official comment behind the statute:

Based on the court’s reading of the statute and its counterpart comment, it found RCW 9.94A.631 did not authorize the CCO’s warrantless search of the contents of Jardinez’s iPod. It affirmed the trial court’s suppression of the evidence of Felipe Jardinez’s unlawful possession of a firearm.

My opinion? Good decision. I’ve posted similar blogs stating that CCO’s and probation officers exercise too much power over defendants. This certainly is one of those cases.