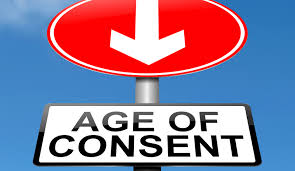 In State v. Hirschfelder, the WA Supreme Court held that the term “minor” includes students between the ages of 18 and 21, rather than just those under 18.

Here, defendant Mr. Hirschfelder was  employed as a choir  teacher at a High School.  He had sexual intercourse in his office with a member of the high school choir, A.N.T., several days prior to her graduation in 2006.   At the time, Hirschfelder was 33 and A.N.T. was 18.  Hirschfelder was charged with sexual misconduct with a minor in the first degree under former RCW 9A.44.093(1)(b).   That statute provided in relevant part:

A person is guilty of sexual misconduct with a minor in the first degree when:  . . . the person is a school employee who has, or knowingly causes another person under the age of eighteen to have, sexual intercourse with a registered student of the school who is at least sixteen years old and not married to the employee, if the employee is at least sixty months older than the student.

The case made its way to the WA Supremes.  They reasoned the statute was not ambiguous in its meaning.  They also stated that several sexual misconduct  laws focus on the special  relationship between a perpetrator and a victim, even where the victim is over 18 or even 21.

“For example, we criminalize sex with vulnerable adults or adults over whom the perpetrator has supervisory authority, RCW 9A.44.050, and sex between employees of custodial institutions and those in custody.  RCW 9A.44.160.   That the legislature saw fit to criminalize sex between school employees and high school students — even those who reach the age of majority while registered as students — is a policy choice that recognizes the special position of trust and authority teachers hold over their students.” ~WA Supreme Court

Justice Johnson, is his dissenting opinion, stated the statute “should not criminalize conduct between two consenting adults where the legislature has expressly provided otherwise.”  He also stated the former statute did not criminalize sexual intercourse between a school employee and an 18-year-old adult student.