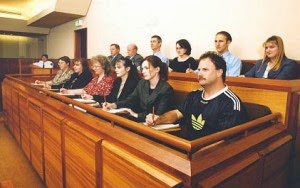 In State v. Henderson, the Washington Supreme Court decided that the jury of a defendant charged with first degree murder by extreme indifference should have been instructed on the lesser included offense of first degree manslaughter.

Here, the defendant Marsele Henderson fired gunshots at a house party on November 16, 2008. One of the most important – and disputed – facts in this case is how many people were in the area in front of the house at this time just prior to shots being fired toward the house. Was it a small group of people or a large group? Witness testimony on this point varied significantly.  This question mattered because whether Henderson shot into a large crowd of people or whether he shot toward an area with very few people determined the nature of the crime.

Ultimately, the Washington Supreme Court decided the issue of whether Henderson was entitled to a jury instruction on Manslaughter First Degree as a lesser included charge to Murder in the First Degree by Extreme Indifference.

In reaching this decision, the court reasoned that under State v. Workman, a defendant is entitled to an instruction on a lesser included offense when (1) each of the elements of the lesser offense is a necessary element of the charged offense and (2) the evidence in the case supports an inference that the lesser crime was committed. Under this framework, the court based their conclusion on two unique aspects of the case.

First, this crime involved a shooting outside a house party and the evidence consisted largely of eyewitness testimony that varied widely and was often conflicting. Thus, viewing the evidence in the light most favorable to the defendant results in a much more significant shift than it would in cases with uncontroverted evidence.

Second, the definitions of the lesser crime (disregarding a substantial risk that a homicide may occur) and the greater crime (creating a grave risk of death) are very close to each other-much closer than is typical.

In criminal trials, juries are given the option of convicting defendants of lesser included offenses when warranted by the evidence. Giving juries this option is crucial helps our criminal justice system because when defendants are charged with only one crime, juries must either convict them of that crime or let them go free. In some cases, that will create a risk that the jury will convict the defendant despite having reasonable doubts.

To minimize that risk, courts prefer to err on the side of instructing juries on lesser included offenses. Under State v. Fernandez-Medina, a jury must be allowed to consider a lesser included offense if the evidence, when viewed in the light most favorable to the defendant, raises an inference that the defendant committed the lesser crime instead of the greater crime. If a jury could rationally find a defendant guilty of the lesser offense and not the greater offense, the jury MUST be instructed on the lesser offense.