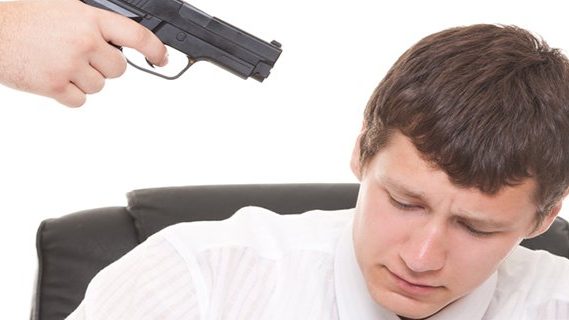 In State v. Harvill, the WA Supreme Court held that the lower court abused its discretion by disallowing the defendant to argue the defense of “Duress.”

Defendant Joshua Harvill sold cocaine to Michael Nolte in a controlled buy organized by the Cowlitz County Sheriff’s Office.  At trial, Harvill admitted to selling cocaine to Nolte because he feared that, if he did not, Nolte would hurt him or his family.  Both men knew each other for several years.  Nolte was 5′ 10″ and weighed around 200 pounds.  Harvill was 5’5″ and weighed about 140 pounds.

Harvill feared Nolte.  They worked together, and Nolte bragged about smashing another man’s head with a beer bottle, causing brain damage.  Harvill also knew that Nolte grabbed a gun from another man and then stabbed him.  Harvell knew that Nolte used steroids and that he feared what Nolte was capable of.

Despite their background, the trial court denied Harvill’s jury instruction on the defense of duress.  The jury found Harvill guilty.  He appealed.  The case wound up in the WA Supreme Court.

The Court reasoned that a defendant is entitled to the defense of duress if the defendant proves that (a) he participated in the crime under compulsion by another who by threat or use of force created an apprehension in his mind that in case of refusal he or another would be liable to immediate death or immediate grievous bodily injury; and (b) such apprehension was reasonable upon his part; and (c) he would not have participated in the crime except for the duress involved.  “The question comes down to whether the duress statute requires an explicit threat or whether an implicit threat that arises from the circumstances.”

Here, the Court ruled that defining “threat” to include both explicit and implicit threats serves the purpose of proving duress.  This applies with equal force to direct threats, arising from overtly threatening words or physical intimidation, and to indirect threats, arising from other conduct and circumstances.  As long as the defendant’s perception of the implicit threat is reasonable under the circumstances, he is put to the choice between two evils through no fault of his own and should be allowed to argue the defense.  Additionally, there is no legal authority requiring a threat to be an explicit threat.

Ultimately, the Court ruled Harvill presented sufficient evidence of fear arising from an implicit threat, and the jury should have had the opportunity to decide if this fear was reasonable and if Harvill would have sold cocaine to Nolte under the threat.

My opinion?  Great decision.  Although the WA Supremes split hairs and engaged many semantics to get there, but they issued a good opinion all around.  We’ve all seen the famous mafia movies.  Duress is intimidation, whether implicit or express.  “Let’s go for a car ride” usually means “you’ll be dead before dawn.”  This is the implicit language of the criminal underground.  Things aren’t always nice and clear, especially veiled threats.  Kudos to the WA Supremes for knowing this.