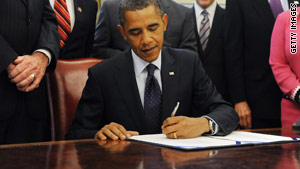 Last month, President Obama signed landmark legislation title the Fair Sentencing Act. The legislation broadly condemned laws passed in the late 1980s that punished crack cocaine offenses much more harshly than crimes ­involving powder cocaine. The new law raises the minimum amount of crack required to trigger a five-year mandatory minimum sentence from 5 to 28 grams, and the amount of crack required to generate a 10-year mandatory minimum from 50 to 280 grams.

Although far from perfect — the new law still maintains an excessive distinction between crack and powder cocaine — the changes could, according to the U.S. Sentencing Commission, affect as many as 3,000 defendants each year, reducing the average prison term for crack offenses by more than two years.

The article’s authors also argue Congress should finish the job by making the new scheme retroactive — a move that would permit thousands of men and women who were sentenced long ago for crimes involving crack to benefit from lawmakers’ new and enlightened perspectives about punishment for those types of offenses.