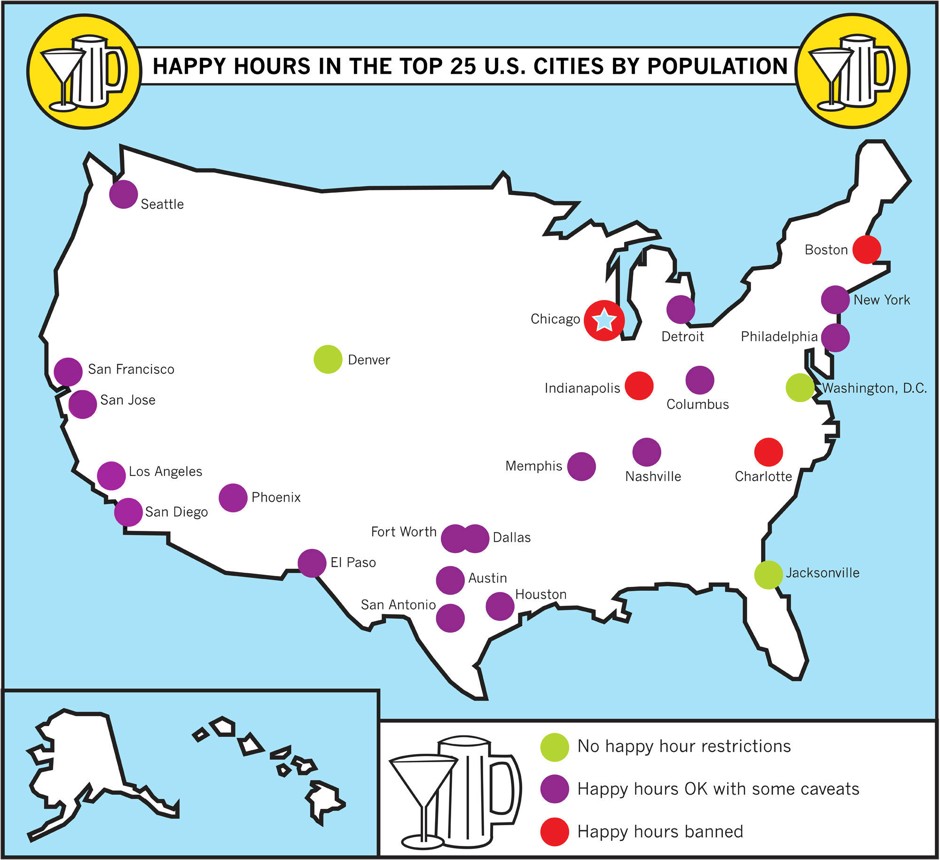 Believe it or not, many U.S. States have banned Happy Hours.

A recent article from http:www.cityab.com reviewed the 25 biggest metropolises in the U.S. to map where you can grab a cheap post-work brew and where you can’t. Some information is provided in the photo above.

According to CityLab, the reason why the laws are so different in many cities is because many bans were implemented in the 1980s when citizen groups led by Mothers Against Drunk Driving teamed up with the National Highway Traffic Safety Administration (NHTSA) and presented state legislatures with Statistical Analysis of Alcohol-Related Driving Trends from 1982-2005. The statistics show that in 1982, for instance, more than half of the country’s fatal crashes involved at least one driver with a blood alcohol level of .08—the legal limit.

These stories share a common truth: basically, the variability in cities’ happy hour laws can be chalked up to local politics and general sentiments about drinking.

Some interesting states bear mention. Purple states allow happy hours to happen, but with restrictions: they can only take place at certain times of day, at certain price levels, and in certain quantities. In Austin, for instance, purveyors are compelled to close up happy hour shop at 11 p.m. California establishments can’t sell two drinks for the price of one. In New York, bars can’t offer beers at less than half their normal price. In Pennsylvania, you can only have two hours of happiness per day, and not between midnight and closing time. Interesting.