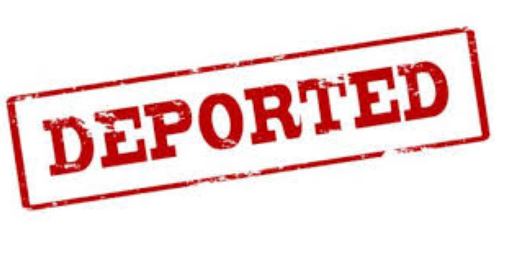 In State v. Manajares, The WA Court of Appeals Division III upheld the defendant’s 2002 conviction because at the time it was unforeseeable that the plea would result in deportation.

In December 2002, defendant Jose Manajares entered an Alford plea to one count of Unlawful Imprisonment, a Class C Felony. Before accepting the plea, the court asked Mr. Manajares if he understood that his “plea of guilty to this count is grounds for deportation from the United States, … exclusion from admission to the United States and denial of naturalization,” and he answered “Yes.” The court accepted the plea and sentenced Mr. Manajares.

Almost 10 years after his 2002 conviction, Mr. Manajares filed a CrR 7.8 motion to vacate his Alford plea. He argued he received ineffective assistance of counsel because Manjares’s defense attorney failed to advise him that his conviction could result in deportation.

The Court reasoned that when determining whether a defense attorney provided effective assistance, the underlying test is always one of “reasonableness under prevailing professional norms.”

In Padilla, the United States Supreme Court recognized that immigration law can be complex,” and that “some members of the bar who represent clients facing criminal charges … may not be well versed in it.  Because “there will, therefore, undoubtedly be numerous situations in which the deportation consequences of a particular plea are unclear or uncertain,” the Court announced the following standard for assessing a criminal defense lawyer’s duty:

“When the law is not succinct and straightforward … a criminal defense attorney need do no more than advise a non-citizen client that pending criminal charges may carry a risk of adverse immigration consequences. But when the deportation consequence is truly clear, … the duty to give correct advice is equally clear.”

Therefore, the Court of Appeals reasoned whether Mr. Manajares’s ineffective assistance of counsel claim depended on whether truly clear adverse immigration consequences would follow from his 2002 plea that defense counsel failed to apprehend and explain.

The Court also reviewed the Immigration and Nationality Act, “which holds that any alien convicted of, or who admits having committed, or who admits committing acts which constitute the essential elements of … a crime involving moral turpitude ( other than a purely political offense) … is inadmissible.” 8 U.S.C. § 1182(a)(2)(A)(i)(I). Here, the court reasoned it was unclear to both Mr. Manjares’s immigration attorney and his appellate attorney whether a conviction for unlawful imprisonment was an aggravated felony or a crime of moral turpitude which automatically triggers deportation.

My opinion? In 2010, the U.S. Supreme Court’s Padilla v. Kentucky set the “bright line rule” that criminal defense attorneys must warn non-citizen clients of the risk of deportation if the defendant is considering a guilty plea. Employing Strickland v. Washington‘s test for evaluating whether legal counsel was “ineffective,” the Court held that criminal defense attorneys have an affirmative duty to warn their non-citizen clients of whether their guilty pleas carry a risk of removal from the United States, If counsel fails to issue a warning, he or she violates the defendant’s Sixth Amendment right to effective assistance of counsel.

Here, Padilla’s 2010 guidelines rules were not in effect because the defendant entered his plea in 2002. Therefore, defense counsel was no deficient in his performance.